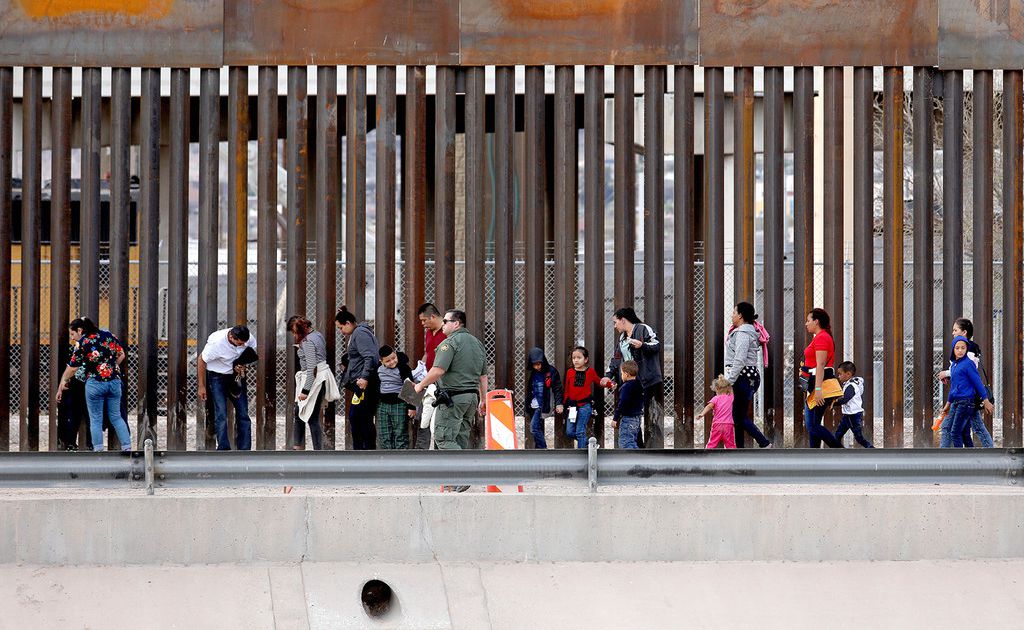 When Benjamin arrived at the border in June, he said he wanted to travel to Texas to find a job in Dallas, federal immigration documents said. He had no fear or concern about being taken back to his native El Salvador.

But Benjamin hardly talks. He is 2 years old. His passport photo shows a baby-faced boy in a tomato-red shirt staring ahead with dark, almond-shaped eyes beneath short bangs.

Fiction is how the boy’s attorney, Paul Zoltan, characterizes the alleged interview that led to his removal from the United States. Dallas’ attorney has filed a complaint with the federal immigration service on behalf of the boy and his 8-year-old sister and 28-year-old mother, Roxana. The trio have immigration documents with almost identical answers, but none are signed.

Immigration lawyers say cases like this are not uncommon and are part of a wave of expedited deportations — which are essentially quick deportations without asylum seekers a chance to appear before a judge or find a lawyer to review documents.

The impact is significant. According to Syracuse University nonprofit research organization TRAC, there were 1.5 million expedited deportations from 2008 to 2021, nearly a quarter of all border arrests.

The consequences were devastating for Roxana’s family.

“My sister never thought they would push her off with lies,” said Roxana’s brother Jose, who lives in Dallas. Their surnames are being withheld at the family’s request because they have applied for asylum in El Salvador for fear of persecution.

Speaking to The Dallas Morning News from El Salvador, Roxana insisted she was never interviewed, nor were her two children. She told officers she has a brother in Dallas. Benjamin didn’t say he came to look for work or go to school, she said in a phone interview.

“He never said that! He can hardly speak,” said the mother.

They sought asylum after receiving death threats from gangs, she said.

“They never interviewed me. Never. They didn’t give us a chance to explain our case,” she said. Now she says she lives in fear and has blocked numbers on her cell phone. “I’m afraid. You could hurt my children.”

Immigration forms – which contain documents called “affidavits” – filled out by border officials contain important findings for asylum seekers about whether they fear returning to their home country. The immigration document is somewhat analogous to a police narrative on an arrest form. Roxana and her children arrived in late June as the Biden administration looked to restructure the asylum process to bring more order to the current overwhelming chaos that is making it so difficult to ask for safe haven.

Due to the ongoing complaints and privacy concerns, a spokeswoman for US Customs and Border Protection said the agency would not comment. The CBP Code of Conduct prohibits employees from knowingly making “false, misleading, incomplete or ambiguous statements, whether oral or written.”

The episode illustrates the high hurdles for asylum in the US. Lawyers complain that forms signed by immigration officials are not scrutinized, even though so many are read identically.

An appeal is not possible due to the speed of expedited removal.

“The accelerated removal is literally set up to really push people through the process with very little recourse,” González said.

Often, the forms indicate that the denied immigrant is afraid to return home and instead comes to the US to look for work, said Anwen Hughes, director of legal strategy, refugee programs at Human Rights First. The issue of fear of return is crucial to begin the steps of the asylum process.

“In order to have a credible fear interview, their fear of returning must be recorded, otherwise they will be removed,” Hughes said.

Zoltan said his client, the young mother, made a strong asylum claim that would meet the initial credible fear threshold, although that’s not what her documents say.

“I have absolutely no doubt that these answers were fabricated,” Zoltan said.

As a solution, Zoltan wants the family flown back to Texas so Roxana can conduct what he calls a proper asylum interview.

If his Salvadoran adult client were to pass, she would be entering a congested asylum system where some 400,000 applications are waiting to be processed by an immigration officer and another 660,000 are slowly making their way through overcrowded federal immigration courts.

Hughes said she’s seen forms with responses her clients deny they said about fear of returning. In one case, a deaf client who communicated in a form of sign language reportedly responded in Spanish.

“You would be amazed at the level of detail, Customs and Border Protection allegedly under oath by this man,” Hughes said.

In another case, Hughes said a 3-year-old boy allegedly said he was coming to get a job, like Benjamin. “They explained that he came to the United States to look for work, which, as you know, isn’t high on the list of priorities for most three-year-olds I know,” Hughes said.

Another group of clients in New York all came through McAllen and had identical answers, she said. “We all understand that these forms do not purport to be a transcript,” she said. But everyone said they were looking for jobs in McAllen, even though New York is their ultimate destination, she said.

A 2016 Barriers to Protection report on expedited deportations at the border, known as expedited deportations, found questionable answers on the forms, including men asking if they were pregnant and a 4-year-old who reportedly said he came to the US looking for work. The study was conducted by the US Commission on International Religious Freedom.

Benjamin, his sister and mother arrived in the Rio Grande Valley after the family paid people smugglers $18,000 to take the family to Texas, her Dallas brother said. The bilingual brother said when he read his sister and her children’s expedited deportation forms, he knew they were wrong.

The children’s mother’s answers are almost identical. The statements do not include their signatures. However, one form, the deportation notification/departure check for the mother, contains a fingerprint.

Benjamin didn’t put his fingerprint on the forms.

The script for Benjamin’s affidavit reads: “US law provides protection to certain individuals who may be persecuted, harmed or tortured upon return to their homeland. If you fear or have any concerns about being deported or sent home from the United States, you should let me know during this interview as you may not have any other options.”

So when 2-year-old Benjamin had his chance, he reportedly said:

Q: “What was the reason for your immigration to the United States?”

Q: “What was your intended goal?”

Q: “Are you afraid or concerned about being sent back to your home country or being deported from the United States?”

The three pages documenting Benjamin’s interview also indicate that when the border guard dutifully informed him of his rights, the child understood and that the child declined to speak to a consular officer.

Once the agent asked if the little boy was pregnant. Supposedly he answered no.