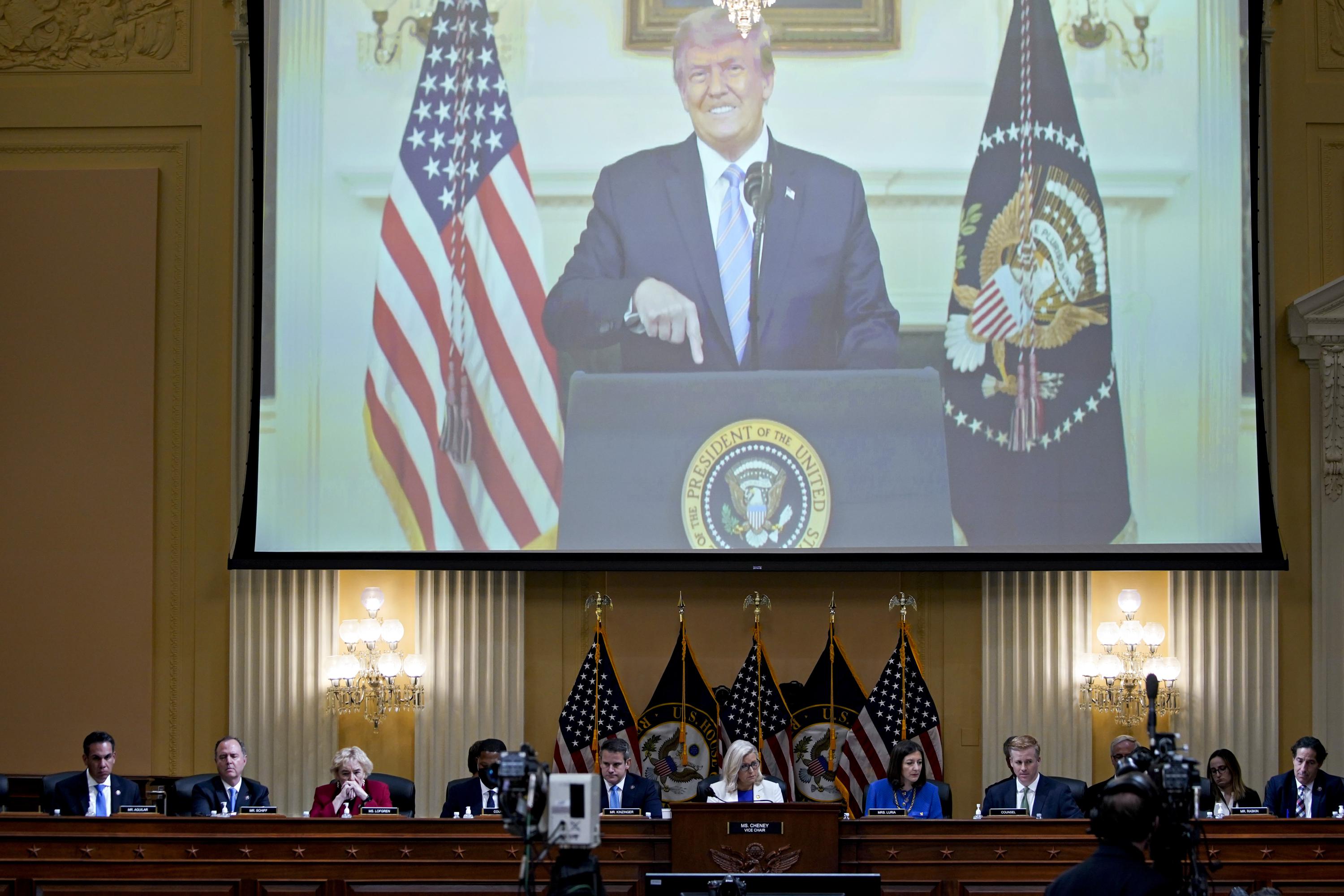 The top-rated news channel, Fox News Channel, stuck with its own lineup of commentators. Sean Hannity denounced the “show trial” elsewhere on television, just as it featured in it, before the Jan. 6 House Committee Investigating his tweets on Trump administration figures.

Hannity broadcast a silent clip of committee members entering the hearing room as part of a lengthy monologue condemning the proceedings.

That was all Fox News Channel viewers saw of the hearing.

Meanwhile, ABC, CBS, NBC, PBS, CNN and MSNBC aired the second prime-time hearing, which focused on Trump’s real-time response to the insurgency. The committee said it was the last hearing until September.

“That sounded very much like a closing argument, certainly of this chapter of their investigation, and it was profound,” said ABC News anchor David Muir.

About 20 million people watched the first hearing in prime time on June 9, the Nielsen Company said. In general, reaching such a large audience in mid-July would go a long way since it’s the least watched TV month of the year.

But the seven-day hearings have turned out to be something odd. Fueled by strong word-of-mouth publicity, the hearings’ audiences grew over time. CNN, for example, reached 1.5 million people in its second daytime hearing on June 16 and 2.6 million people in its last one on July 12, Nielsen said.

Fox’s New York channel, which did not air the hearing in prime time last month, showed the session Thursday night. The 17 other Fox-owned stations in other parts of the country broadcast both hearings.

There is little interest from Fox News Channel, which televised the hearings during the day, but only to the demarcation line of the popular show The Five. Reviews show that about half of the station’s listeners flee when hearings begin and return when they are over.

That would be a much more serious problem in prime time, when Fox’s audience is more than double its daytime audience. Fox News Channel’s decision not to air the prime-time hearings is almost certainly a function of audience and prime-time anchor demands, said Nicole Hemmer, conservative media expert and author of the forthcoming book Partisans: The Conservative Revolutionaries Who remade American politics in the 1990s.”

“It creates an awkward situation when a host like Tucker Carlson tells his audience that the hearings are a debacle not worth their time, and then the network pre-empts his show to air it,” Hemmer said.

Carlson found plenty to talk about alongside Thursday’s hearing, including President Joe Biden’s COVID-19 diagnosis, a liberal “meltdown” over the US Supreme Court’s abortion decision, the failure of drug legalization, “climate maniacs” and “trans – affirmative” teaching in schools in Los Angeles.

Hannity’s main story was the Jan. 6 committee’s “grand finale,” though he didn’t show it — at least with the sound on.

He brought guests like Indiana GOP Rep. Jim Banks, who said if the hearings had made any difference, “they exonerated President Trump and those who supported him.”

Talk show host Mark Levin told Hannity the US Department of Justice is corrupt because “the Colbert 9 are on the loose.” This is a reference to federal prosecutors’ decision not to press charges against nine people connected to CBS’s “Late Show with Stephen Colbert.” who were arrested in a building in the US Capitol complex last month.

While Hannity was on the air, the Jan. 6 committee showed tweets that Hannity and other Fox News figures had sent to Trump administration officials, warning that the riot in the Capitol was making the president look bad.

In a closing statement, Rep. Liz Cheney, the committee’s vice chair, noted that most cases against Trump have been brought by Republicans. She scoffed at the idea that the committee’s findings would be very different if Republicans other than she and Rep. Adam Kinzinger were on the board.

“Do you really think that Bill Barr is such a delicate plant that he would wither under cross-examination?” she said.

Follow AP’s coverage of the Jan. 6 committee hearings at https://apnews.com/hub/capitol-siege.