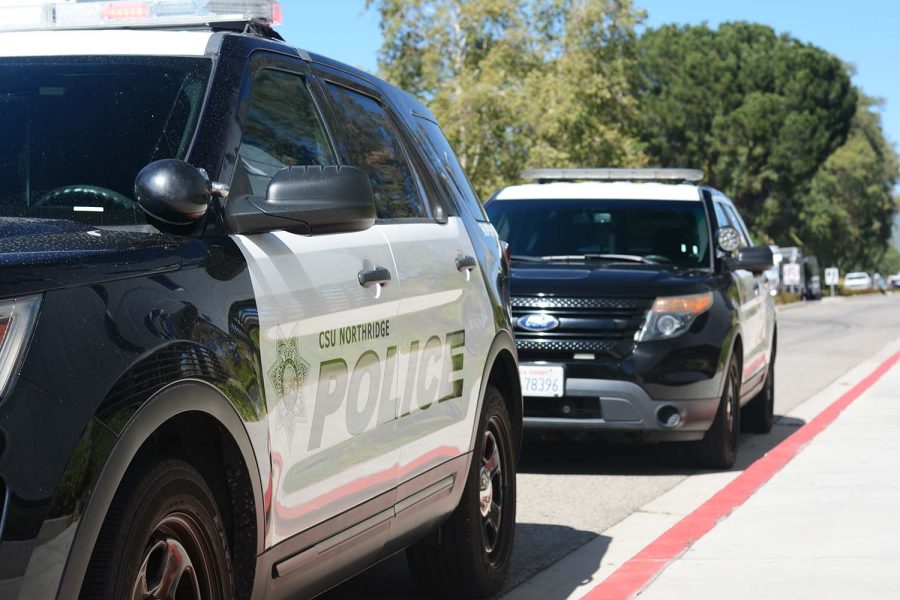 PMJ Consulting presented March 7 to CSUN’s Associated Students their findings on campus policing practices and ways to improve diversity, equity and inclusion within the Department of Police Services does not have positions specializing in improving representation and equity.

The consulting company was commissioned by CSUN in the fall semester of 2021. Emily Prieto and Joshua Moon-Johnson created PMJ to help institutions identify where they lack “equity, inclusion and social justice.” Her list of previous clients includes Cal Poly Pomona, the University of California, Irvine, and Sierra College, according to her website.

The report contained various comments from people whose identities the consultancy would not reveal.

Some CSUN community members reported that they felt the police had a “militaristic environment” and that they existed only to catch students committing crimes.

“We should limit funding to the CSUN police department based on what we’ve seen with BLM and the police riots,” one community member commented on the report. “These riots made you realize that while protecting and serving the police is important, they can also abuse their power.”

The report also notes that the unit with a jail cell and canine unit was a concern for the community. Visible weapons carried by officers and the way they spoke when interacting with students made them feel unsafe.

PMJ suggests that campus policing can improve in these areas by being more involved in the community and forming stronger relationships with individuals on campus.

It is recommended that a mental health response team be established within the department. The consultancy suggests hiring social workers and other mental health professionals to respond to students and community members experiencing a mental health crisis, as opposed to a police officer responding to those calls.

Another recommendation from the report is to reduce the visibility of lethal weapons when interacting with members of the CSUN community and better limit who can have a lethal weapon.

It also suggests that campus police should wear a less traditional style of uniform to appear less menacing and more approachable. This is especially true for officials who may interact with marginalized communities.

The Policing, Justice and Inclusion report advises the school to change the name of the department from “Police Services” to suggestions such as “Center for Campus Safety and Security,” “Department of Campus Safety and Community Relations,” or “Security and Support Services.”

The firm acknowledged in the report that “a name change alone does very little to right injustices, but a name change along with other substantive changes can mean a change in direction and philosophy.”

It also recommended adding dedicated units within the department, which she said should include a community relations and public affairs unit and a diversity, equity and inclusion unit. The latter would have at least one position whose sole focus is to ensure the department’s focus on justice while also advising the chief of police.

They also recommend that CSUN’s current Police Advisory Committee should be expanded to intentionally include more minorities and those from underserved communities.

PMJ states that these recommendations should be fulfilled as a matter of urgency, and with the understanding that “significant financial investments” will need to be made to improve the university’s police department.

The Sundial reached out to Student Affairs Vice President William Watkins and AS Chair for Diversity and Inclusion Eden Laur for comment on PMJ’s findings, but received no response.

At this time, CSUN has not announced whether it will implement the changes recommended in the Policing, Justice and Inclusion report.