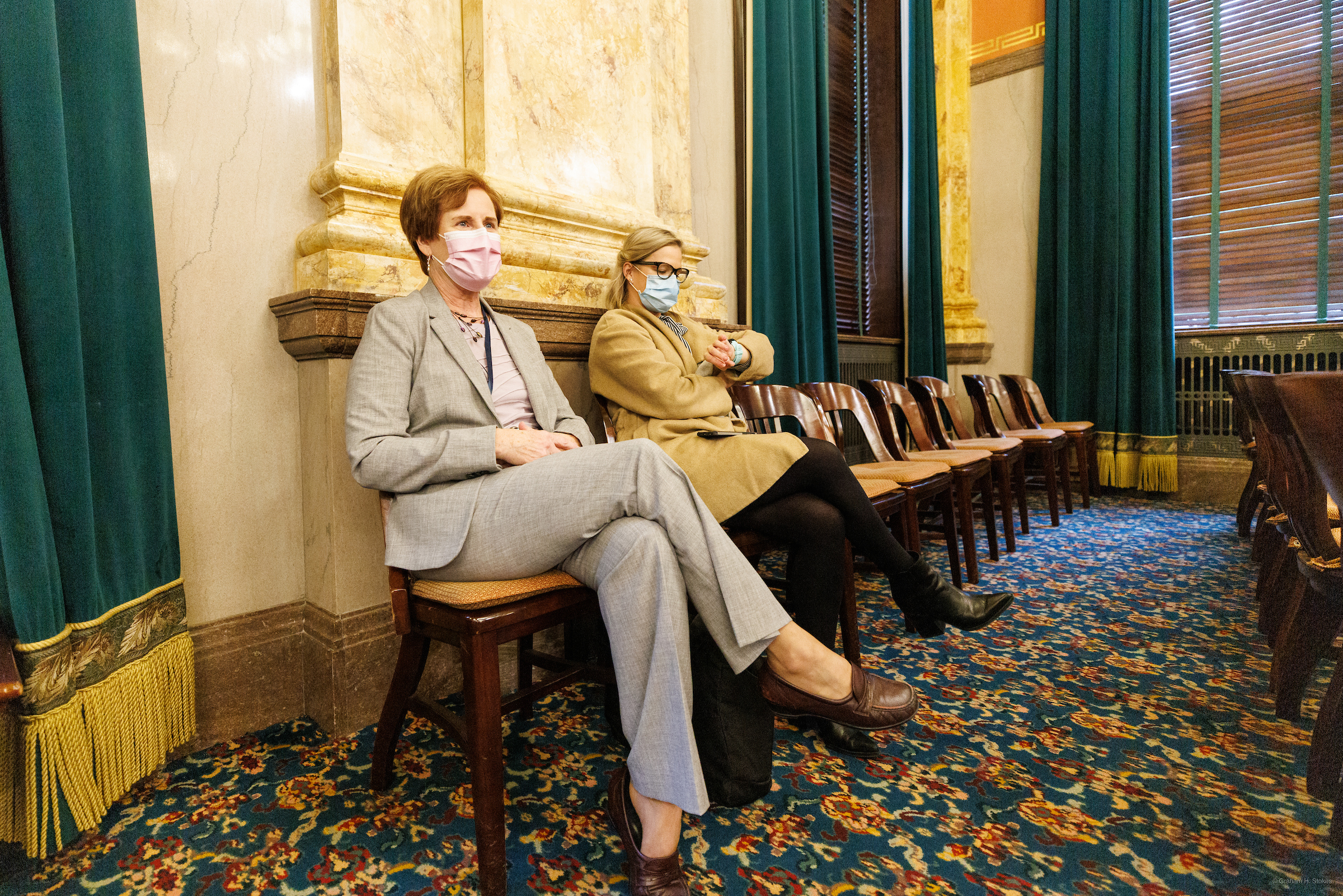 Can Ohio residents trust that a consulting firm that paid nearly $10 million from taxpayers last year to help with a $22 billion raise had no conflicts of interest?

The company did not respond if any of the Medicaid Managed Care bidders were its customers. And Ohio officials don’t seem very interested in digging up or releasing that information.

After the New York Times reported last week that a separate global consulting firm appeared to have had widespread undisclosed conflicts with the federal government and with opioid manufacturers, the Ohio Department of Medicaid did not directly respond last week when asked whether its consultant should disclose its clients . Advisor Mercer wouldn’t say either.

The Medicaid department hired the company last year to facilitate a process that would see six managed-care firms hired for the next five years. Controversially, the process Mercer laid down prohibited the assessors from considering allegations that some of the companies had defrauded Ohio taxpayers. One of the successful bidders had just agreed to pay Ohio $88.3 million to settle fraud cases, and another is still being sued by the state over allegations of defrauding $16 million of taxpayers.

While allegations of cheating were not considered, pitches were requested with less tangible things.

“We wanted ingenuity,” Ohio Medicaid medical director Mary Applegate said during the procurement litigation last year, describing what the department wanted to hear from bidders. “We wanted patient centricity. We wanted a new paradigm of what ‘managed care’ means.”

State regulations on rate setting are now so strict that there is little price competition in Medicaid managed care procurement, said Kip Piper, a former Wisconsin Medicaid director and former senior advisor at the US Centers for Medicare and Medicaid Services. Instead, procurements are more like beauty pageants, with the companies with the most resources winning by putting together the most sophisticated packages, he said.

“It’s pretty close to where there’s actually no value in procuring Medicaid plans,” Piper said in an interview last month, adding: “What you often end up with is a huge team of people – it’s amazing how these big proposals are put together – and it’s a huge industry putting these proposals together. Whoever writes the best suggestion wins.”

In fact, two of the multi-billion dollar deal winners — the same two the state is suing — are among the top 25 companies by revenue in the United States.

Meanwhile, Mercer has declined to say if any of the bidders are doing other deals with it. As part of last year’s litigation, the Medicaid division eventually created a memo raising the possibility of Mercer conflicts, but Franklin County Common Pleas Judge Julie M. Lynch allowed the division to do so redact the names of Mercer’s customers.

Seeing these names seemed to take on a new urgency last week.

The New York Times reported that the US house Government Oversight and Reform Committee is preparing a report on conflicts a separate adviser, McKinsey & Company, had while simultaneously consulting opioid maker Purdue Pharma and the US Food and Drug Administration.

Despite claims that it had strict firewalls to protect against conflicts, the firewalls appear to have been permeable at best.

Documents show some of the same McKinsey employees consulted with Purdue Pharma — which did billion paid out about its role in the opioid epidemic — while also consulting with the US Food and Drug Administration on how it approved new drugs, some of which Purdue wanted to bring to market.

The apparent conflicts did not end there.

In some cases, McKinsey watered down recommendations to its FDA clients after objections from consultants for its pharmaceutical clients, the report said. And McKinsey even boasted of its access to FDA officials through its federal contracts when providing services to pharmaceutical customers, the documents show.

“The Oversight Committee’s investigation shines a spotlight on the unregulated and mysterious world of private consultancies like McKinsey that create conflicts of interest by working for both the federal government and regulated industries,” she said. “Today’s report shows that at the same time the FDA relied on McKinsey’s advice to ensure drug safety and protect American lives, and was also paid for by the same companies that fueled the deadly opioid epidemic to help them avoid tighter regulation of these dangerous drugs.”

With conflicts of interest seemingly rampant at McKinsey, wouldn’t it make sense for Ohio Medicaid to release a client list of Mercer, the consultant it paid $10 million to help it award $22 billion worth of contracts?

Ohio Attorney General Dave Yost was one of 47 attorneys general who called McKinsey for his role in encouraging Purdue to “turbocharger” Opioid sales as the epidemic killed 450,000 Americans. The case against McKinsey netted a $600 million settlement.

In an email last week, Yost said the McKinsey conflicts were not surprising.

“I was disturbed – but not shocked – to read about these conflicts in the prescription drug space,” he said. “There is tremendous potential for conflicts of interest in healthcare, particularly given the rapid consolidation and vertical integration of systems.”

Yost added, “We are witnessing the development of a system that works against, not for, Americans, and it is a system that calls for significant reform.”

But Yost referred questions about Mercer to the Medicaid department. Asked if Medicaid Director Maureen Corcoran believes Mercer should disclose its customers, spokeswoman Lisa Lawless said in an email: “Medicaid’s robust procurement protections were heard by the court during the trial last fall in connection with a challenge by an unsuccessful bidder.”

She then quoted a lengthy passage from a sentencing judge that French wrote after denying a request for public naming of Mercer’s clients. In it, the judge expressed his confidence in Mercer’s firewalls.

“The assessors received extensive training in reviewing applications from Mercer,” it said. “The facilities that have assisted Medicaid with (managed care) procurement have shielded their procurement teams from other departments and individuals.”

GET THE TOMORROW HEADLINES IN YOUR INBOX