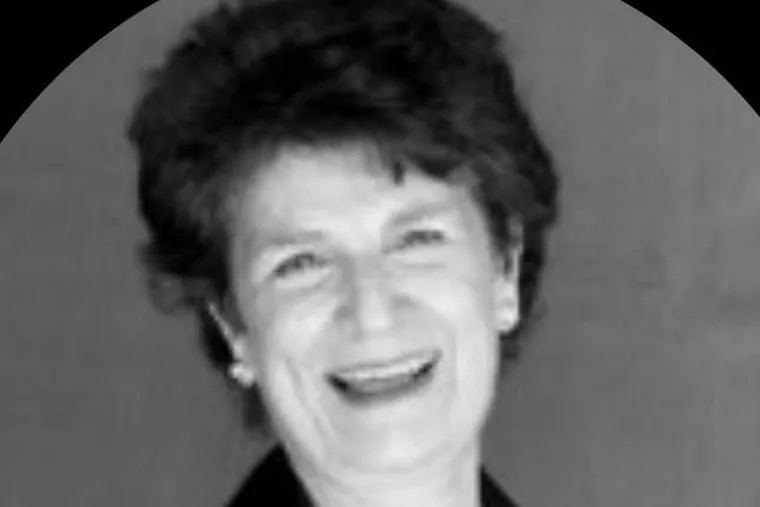 dr Arsine Oshagan, 80, of Radnor, an educator and prominent force in the Philadelphia Armenian community, known for her contributions locally, nationally and internationally Level, died of cancer on Thursday April 28 at Bryn Mawr Hospital.

She dedicated her life to improving the educational and cultural heritage of Armenians around the world, her family said, and she ran academic programs in Armenian schools in the United States and in Australia.

“She was a woman of many talents and a big heart,” said her sister Jackie Rustigian. “She had a talent for serving others.”

dr Oshagan, who has a Ph.D. in mathematics, moved to the Philadelphia area from Connecticut in 1977 to become associate director for academic affairs at the Armenian Sisters Academy, an Armenian Christian day school, in Radnor.

“She had a very brilliant mind,” said her sister. “And she was a passionate supporter of international causes, mostly for children. She had a global view of the world’s needs for health, education and the betterment of the human condition.”

After four years at the school, she became an associate professor at Cabrini University, Neumann University, and Rosemont College in the early 1980s. In 1984 she was hired as principal of the Krouzian-Zekarian-Vasbouragan Armenian School in San Francisco.

In 1988 she headed the mathematics department at St. Hilary School in Tiburon, California, until 1992, when she became principal of an Armenian school in Sydney, Australia.

She and her husband lived there for six years before returning to Radnor.

After joining Gap International in 2000, Dr. Promoted to vice president, Oshagan specialized in research and development and driving business and individual transformation.

She retired in January because of her illness, her sister said.

dr Oshagan was born Arsine Rustigian on April 1, 1942 in Hartford, Connecticut to Jacob and Stella Sachaklian Rustigian. She was the second of three children with an older brother and a younger sister.

The family lived in a private home on the Trinity College campus.

Her father, who was born into an Armenian family in eastern Turkey, worked for United Aircraft, an aircraft manufacturer.

Her mother, who was born in Boston to an Armenian immigrant family, had a master’s degree in art, worked in administration at Trinity but eventually became an artist and interior designer.

“We grew up on a college campus with a New England spirit and values ​​around education and strong family ties,” said Rustigian, her sister.

Of the three siblings, Rustigian said, Dr. Oshagan “the more studious, calmer, and quieter person who observed first before speaking.”

In Hartford she was the principal of the Sunday School of St. Stephen’s Armenian Apostolic Church.

She graduated from Loomis Chaffee School, a selective, private high school, in 1960, and later graduated from Mount Holyoke College with honors, including Phi Beta Kappa and Pi Mu Epsilon (for mathematics).

During her studies, she took a year off to study the Armenian language at an Armenian school in Beirut, Lebanon.

However, it was there that the Arab-Israeli Six-Day War broke out in 1967, and she had to be evacuated to Cyprus, Rustigian said.

In 1978 she married the Armenian poet, writer and literary critic Vahé Oshagan, whose command of the Armenian language helped his wife become fluent as well.

For the past 20 years, Dr. Oshagan Philadelphia area adults who wanted to connect with their heritage and culture, in Armenian.

She was a member of the board of trustees of the Armenian Apostolic Church of St. Gregory, was active in the National Representative Assembly of the Armenian Prelature (NRA) and sang in the church choir.

Rustigian said her sister was also an accomplished musician, having played both the piano and the violin growing up.

Years later she taught herself to play the organ and was substitute organist at St. Gregory’s Armenian Episcopal Church.

In addition to her sister, Dr. Oshagan’s two stepsons, Hayg Oshagan and Ara Oshagan; a brother; and many nieces, nephews, cousins ​​and friends. Her husband died in 2000 after they had been married for 22 years.

The visit starts at 10 am. Burial will take place in Calvary Cemetery.

Memorial donations can be made to St. Gregory Armenian Apostolic Church, 8701 Ridge Ave., Philadelphia, PA 19128 or to the Armenian Sisters Academy, 440 Upper Gulph Road, Radnor, Pa. via this link. 19087.