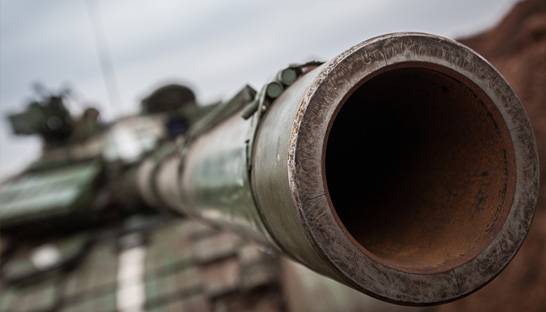 Many of the world’s largest consulting firms have now severed ties with Russia following the country’s invasion of Ukraine as they work to support their employees and others caught in the crosshairs.

Global technology consultancy Accenture has laid off its entire workforce in Russia in response to what it describes as an unlawful and horrific attack on the people of Ukraine and their freedom, but will continue to support its nearly 2,300 workers in Russia.

Although Accenture does not have a business in Ukraine, it will also support its Ukrainian colleagues around the world and their extended families through telemedicine and relocation services. The company has also donated $5 million to charities helping tens of thousands of displaced people and will match all employee donations.

McKinsey has announced that it will end its existing work with Russian state-owned companies and has stopped working for the government. It will also refrain from accepting new customer orders in Russia and will cease all customer service in the country once its current commitments are completed. However, the Moscow office remains open to support its 400+ local colleagues.

The company will also match donations from its employees three-to-one, donating $2 million in cash and $10 million in volunteer assistance to agencies supporting those affected by the crisis.

BCG also has approximately 400 employees in Russia and will cease new work with Russian customers while honoring its current contractual obligations and keeping its Moscow office open. According to the Financial Times, a source familiar with the matter said local employees would be offered the opportunity to relocate outside Russia or work on internal projects for non-Russian clients.

The company has also established a donation-matching program for charities that support refugees, most notably the World Food Program and Save the Children, with whom it has an existing relationship.

While the consultancy itself has not appeared to issue an official statement on the recent events, Manny Maceda, Global Managing Partner of Bain & Company, explained on LinkedIn that the company had already decided in 2020 not to accept any further work from the Russian government at any level , whether central, state or departmental, as well as agreeing not to advise certain industries in the country, such as the military and intelligence sectors.

Bain is still re-evaluating its work with other Russian clients and is working around the clock to ensure the safety of its employees in Kyiv.

Nick Studer, CEO of Oliver Wyman, has also spoken up on behalf of the global management consultancy and made a commitment to his employees that the company will not work with state organizations of the Russian government worldwide. Studer also noted that the company would provide financial and expertise support to its employees’ entrepreneurial initiatives in neighboring countries helping refugees and would, over time, provide employment opportunities to those directly affected.

Kearney’s Taiwan-based Global Managing Partner Alex Liu has acknowledged “the range of passions and heartaches surrounding sovereignty issues,” saying the company supports the sanctions being imposed on Russia by government agencies around the world , and no Russian would serve government posts.

Kearney is also currently reviewing all of its commitments and contracts with customers in Russia and is doing what it can to support employees in both Ukraine and Russia.

The German-born management consultancy Roland Berger, which had to deal with revelations in 2019 about the Nazi collaborations of the father of its founder of the same name, stopped all activities for Russian customers on March 1st – on the grounds that Europe is facing one of its darkest hours since the end of the Second World War and that the Russian President’s war cannot continue without economic consequences.

Roland Berger is also supporting the relocation of its Ukrainian colleagues and their families.

DXC Technology has taken a firm stand, condemning the Russian government for its “unjustified aggression” by pledging to completely exit the Russian market, where it employs nearly 4,000 people. The technology consulting firm will also double-match employee donations to humanitarian efforts, including by providing direct financial support to affected colleagues and their families “regardless of their nationality or country of origin.”

A spokesman for FTI Consulting, which does not list a Russian office among its global offices but does business in the country, told the Guardian that as well as expelling sanctioned clients, the firm is in the process of reviewing all of its ongoing ties with non-sanctioned organizations and would contact them if necessary withdraw from engagements.

The spokesman also said that for the time being, FTI Consulting will not accept any new Russian-controlled clients.

Big Four services company PwC will shut out its Russian member but will work with PwC Russia to achieve an orderly transition of the business over concerns for its 3,700 employees in the country. PwC Belarus will also leave the global network. Meanwhile, the company is working to ensure the safety of its 750 employees, spread across three offices in Ukraine, led by their counterparts in Central and Eastern Europe who have provided transport and accommodation support.

KPMG Russia and KPMG Belarus are also leaving the firm’s international network. KPMG said the move was incredibly difficult given the combined workforce of more than 4,500 employees across the two nations – “many of whom have been part of KPMG for many decades” – but that it believes it has a moral responsibility , to act. “We will do everything in our power to ensure we provide temporary support to former colleagues affected by this decision,” the firm added.

Mid-market global accounting and advisory network Grant Thornton was quick to respond, earlier this month booting out its Russian member FBK, which has 500 partners and employees and $22 million out of last year’s $6.6 billion in global revenue of the company generated. Grant Thornton’s member firm in Ukraine receives support from other network members around the world.

EY has condemned the Russian invasion of Ukraine and decided to legally separate its Russian operations from its global entity, and EY will not serve any Russian government customers, state-owned companies or sanctioned entities and individuals anywhere in the world.

At the time of writing, Deloitte had ceased operations and customer service in Ukraine, focusing instead on employee safety, but was still reviewing its business and presence in Russia as of March 7th.

The company stated that it does not serve any Russian central government entities and that it hopes peace will soon prevail. Several European Deloitte practices have joined forces to donate over $2.5 million to various charities.