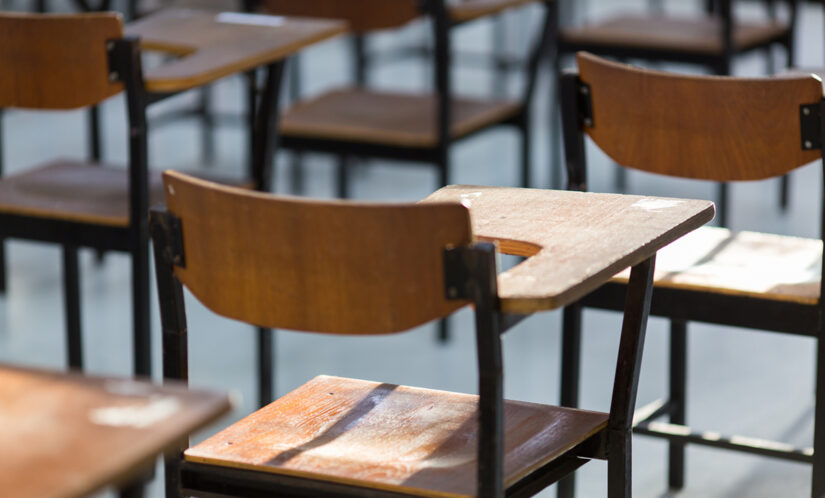 Sign up here for The 74’s daily newsletter. Donate here to support The 74’s independent journalism.

Students who miss at least 10% of school days are more likely to have reading difficulties in third grade, are less likely to graduate from high school, and are at higher risk of juvenile delinquency. There’s one word to describe when students cross this troubling threshold: chronic absenteeism.

It makes intuitive sense. Students who spend less time in the classroom have a harder time keeping up with their peers and may have trouble forming positive relationships with school staff.

During the pandemic, chronic absenteeism rates have skyrocketed, reaching 40% in the nation’s two largest school systems, New York City and Los Angeles, and reaching dangerously high levels in many counties in between.

In many cases, difficulties with distance learning, fears of the spread of COVID-19 in schools, poverty-related barriers such as For example, the fact that students are forced to take a job, or a combination of these and other factors, created additional barriers for students to attend school.

But Jing Liu, an assistant professor at the University of Maryland, is all focused on absenteeism as schools across the country try to recover from the ongoing effects of the pandemic, arguing that officials should first gain a fuller understanding of the problem.

It starts by expanding a normally binary statistic – whether or not a student is absent 10% of the days – into a multidimensional measure.

In two recently published papers, Liu and co-authors find significant differences depending on when absenteeism occurs in the school year and whether it is excused or unexcused. The trends can help schools identify at-risk students more quickly so they can step in to help get them back on track, he said.

The 74ers sat down with the researcher via Zoom to draw the most important insights from his contemporary work.

This interview has been edited slightly for length and clarity.

The 74: Why do we care about absenteeism? What are the typical differences in results between Student A, who has perfect attendance, and Student B, who misses school a few times a month?

Jing Liu: Absenteeism is important to us for a number of reasons. First of all, students need to be in school to learn. In order for any educational policy intervention to work, students must be in school.

Second, I have this new paper with Dr. [Seth] Gershenson showing that absenteeism has this powerful impact on students’ short-term learning and also longer-term outcomes, including high school graduation and college enrollment. If these results are important to us, we need to reduce absenteeism.

Finally, absenteeism is also linked to substance abuse, crime, teenage pregnancy, and a host of untoward outcomes. So, reducing absenteeism can also benefit students in these different aspects.

As chronic absenteeism persists, schools are making new efforts to reduce it

A pattern you and your co-authors found in the study April What I’ve noticed is that one student who is unexcused absent early in the year leads to increased truancy later in the year and in future grades. However, this trend does not apply to excused absences such as a doctor’s appointment. Can you tell me a little more about what you saw there?

Secure. So for this study we can use really nuanced data. We were able to examine the patterns of how absences develop within a school year and also over the course of grades.

There is some research examining how absences lead to absences. For example, if you miss a few math lessons earlier in the year, you’ll have a hard time keeping track when you come back. And that can lead to additional absenteeism.

It can also be related to personal relationships. Because if you’re absent, you don’t have a strong connection with your teacher, with your classmates now. And that could make you less engaged and unwilling to come to class in the future.

My research team plans to conduct some surveys among students to learn more about their experiences.

What kind of interventions should educators think about to address these issues?

A first starting point is how to intervene early rather than waiting until the end of the school year. By just relying on the first month’s absence data and the reasons students were absent, we can get a pretty good sense of who will be the most unengaged. Although any loss of class time is dire, we show that these unexcused absences drive absenteeism growth in middle and high school. By paying attention early, district and school leaders can decide who to intervene with. The timing is really important.

For school districts that want to operationalize some of this, is there a magic formula they could use instead of the typical 10% threshold that would give issues like absenteeism and scheduling their appropriate weight?

First off, I think chronic absenteeism is still a useful metric. Under the Every Student Succeeds Act, more and more states are using this as an indicator of school quality. Before, we didn’t actually have an indicator for absenteeism. So I don’t just want to criticize [the approach].

However, we can do better than just using a binary measure [of whether absences are above or below 10% of all school days]. Many agencies are now collecting this detailed level data, which includes the timing and also the type of absences. But they don’t compile the data in a systematic way and don’t use it in any meaningful way.

We actually work with a middle school team in [an undisclosed district] to use this absenteeism data to create our own on-track/off-track indicator and see if we can alert children to risk of dropping out very early in the school year. And then, through dynamic and targeted intervention, we will see if we can change the children’s careers.

In short, for a school leader collecting this data, when do you think is the right time to review the numbers and see which children are at risk? Is it October 1st, October 15th? Halloween?

I think a month into the start of the school year we did that with our research.

To actually answer the question, however, we need not only timing, but also a threshold. So how many children are put in the bucket to intervene? We need a little more work to examine how setting different thresholds can alter outcomes and how predictive these early absences are of other outcomes that we care about. This is one of the first studies to do something like this, and we need some more research to come up with more actionable suggestions.

Exclusive Data: Absenteeism among English learners spiked during the pandemic

In words that people who aren’t statisticians can understand, can you tell us a bit more about how you and your team added up the numbers to get these results?

Basically, we’re just looking at the growth in absenteeism over time. So we basically put all the absences into weekly actions. So for example for Jing, for me if I’m off two hours the first week and three hours the second week then we can see that growth using a model and the number we get is just that Pitch. So we use this metric to show the level of engagement [in school].

Any final points? Which topics haven’t we covered yet?

One detail is that when we delve deeper into the reasons for absenteeism, we know that the excused/unexcused separation isn’t perfect. Sometimes an unexcused absence is simply because the parents forgot to contact the school. And sometimes it really is an unexcused absence, but the student can find a reason.

I remember when I turned 18 as a high school senior, I was able to drop out of school. Then I had a lot of “excused” absences.

Exactly. Given that the volume of excused absences is fairly small, as a practical matter, I would probably suggest school districts not to differentiate between types of absences, as this will generate additional data when we are designing interventions for practical use in collection burden and it likely will not have that much impact on the results.