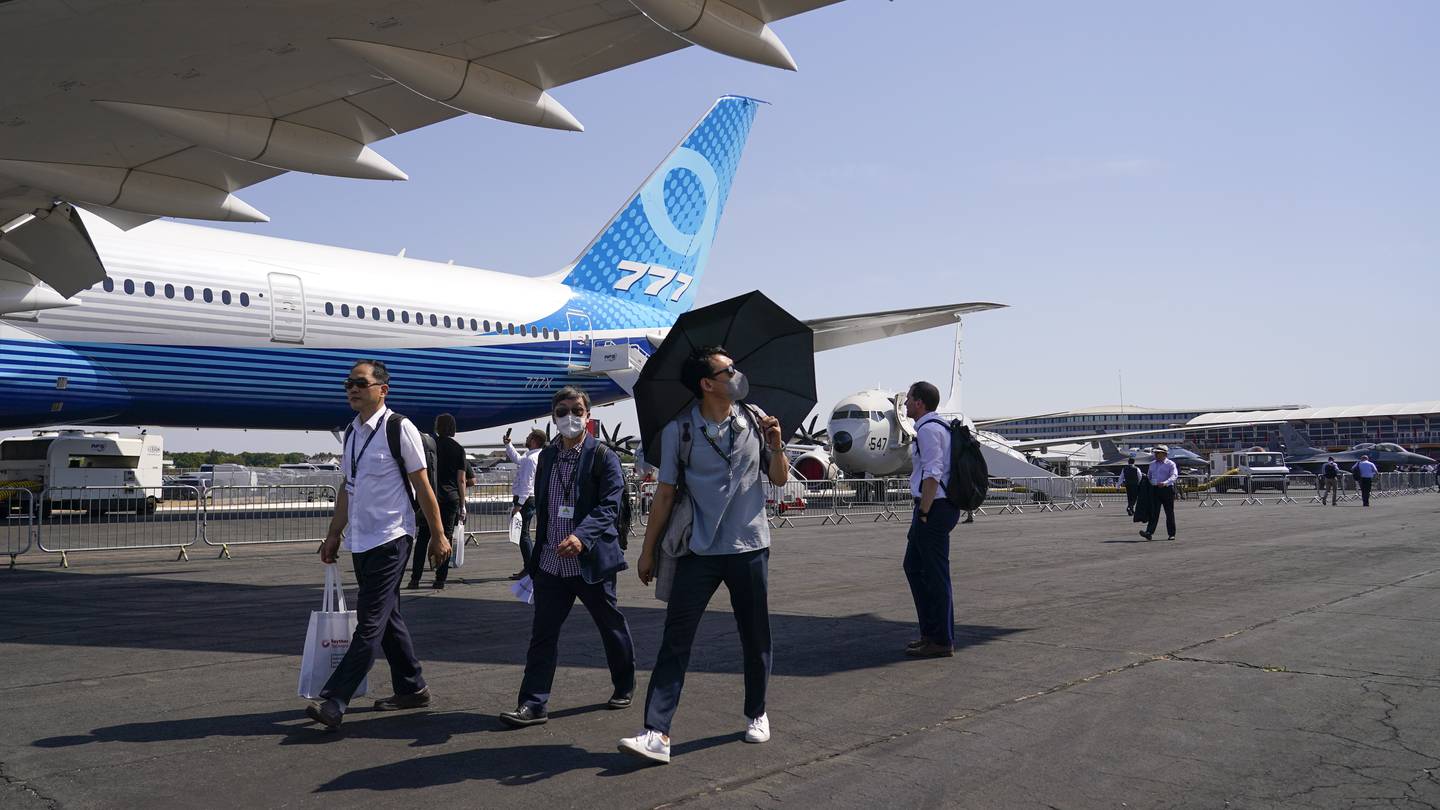 At breakfast at the start of the week, a senior Airbus manager groaned. He was feeling tired because his flight to Heathrow was delayed and when he left the airport it was after midnight and he had to go to central London to his hotel.

After we had finished our conversation he went back to his room, retrieved his bag and joined the specially fitted trains taking the aviation industry delegates to this year’s Farnborough International Airshow in Hampshire. At the mention of the combination of get-together and aircraft and technology show, which alternates with Paris, his spirits lifted.

Sure it would be suffocatingly hot – Britain is enjoying or suffering some of the highest temperatures on record – but, he said with a smile, this was going to be a ‘good Farnborough’. By this he meant that while there would be ample opportunities for networking and attendance is high – more than 80,000 visitors will welcome 1,200 exhibitors from 64 civil and military aviation countries over five days – his company and others would unveil blockbuster orders.

Airbus and arch-rival Boeing are expected to announce a series of deals at what is currently the industry’s biggest trade show, the first since 2018.

During that time, of course, we had the Covid pandemic, which decimated civilian air travel, and the Russian invasion of Ukraine, which prompted governments to review their defense capabilities. As the weather and Extinction Rebellion protesters blocking the route to the site make clear, the pressure on the industry to reduce carbon emissions is only increasing.

Excluding the scenes playing out daily at Europe’s airports, where airline and terminal bosses who laid off workers when Covid broke out and the downturn began have been struggling to replace them. This while travelers return to flying. The resulting chaos of thousands of cancellations and long queues has sparked fear and anger among many, leading to clashes between airlines and airports.

At Heathrow, airport bosses tried to limit capacity to manageable numbers, from the 125,000 pre-pandemic to 100,000 passengers a day, only for Emirates to say they would flout the limit and not cut flights. In a sign of the complicated nature of the industry, Emirates said in its defense that a large number of its customers were changing flights and required new connecting services that would be difficult, if not impossible, to arrange. Emirates has now agreed to limit the sale of tickets from Heathrow until mid-August.

Whilst there were reports of traffic and train delays traveling to and from Farnborough, at the show site it was as if the problems encountered elsewhere this summer did not exist. The conversation turned to recovery, a spectacular return of confidence and the promise of a bright future.

Even allowing for the tendency of those in each business to increase their prospects, the sea of ​​announcements was optimistic. Of the two giants, Boeing is under more pressure. The US manufacturer is desperate to bolster its 737 Max brand, the design involved in two fatal accidents in Ethiopia and Indonesia.

It brought the 737 Max 10 to Farnborough, a newer and larger version of the original. To bolster the recovery, Boeing announced that Delta has agreed to purchase 100 of the juggernaut 737 Max 10s, with an option for an additional 30. The US carrier will take delivery of the giant stretched-body plane from 2025 to 2029.

Not to be outdone, Airbus is expected to sell 12 of its A220s to Delta, bringing the Atlanta-based airline’s total spend to nearly $7 billion. Airbus is about to sell 30 A330neo widebody jets to Malaysia Airlines and 60 A220s to Lot of Poland. Germany’s Condor is in talks to buy 40 A320neo aircraft from Airbus.

Meanwhile, Jet Airways India, which is restarting, decides between Airbus A320neo and A220 or Boeing’s 737 Max or Embraers SA. These are just some of the contracts under discussion. Continuing with this carousel of mega deals: Royal Air Maroc is weighing whether to go with Boeing or Airbus as the Moroccan carrier replaces its aging fleet; In the run-up to Farnborough, China flexed its considerable muscles and ordered 290 Airbus A320neo aircraft, worth US$37 billion.

The driving force behind the deal is rising passenger air travel demand, which is expected to grow at 3.6 percent per year over the next 20 years, and airlines looking to buy newer, more fuel-efficient and therefore greener models.

On the defense side, the invasion of Russia has caused countries to reconsider their military deployments and forced them to re-equip their air forces. This part of the industry is also optimistic.

However, not everything is easy. Just as ordinary people have problems flying from A to B, so too do aircraft manufacturers have supply problems. Airbus, which plans to ramp up production, reports that it is sitting on 20 “gliders” – fully built planes without engines – waiting to be shipped due to engine manufacturing difficulties.

Again, these are considered to be temporary disruptions.