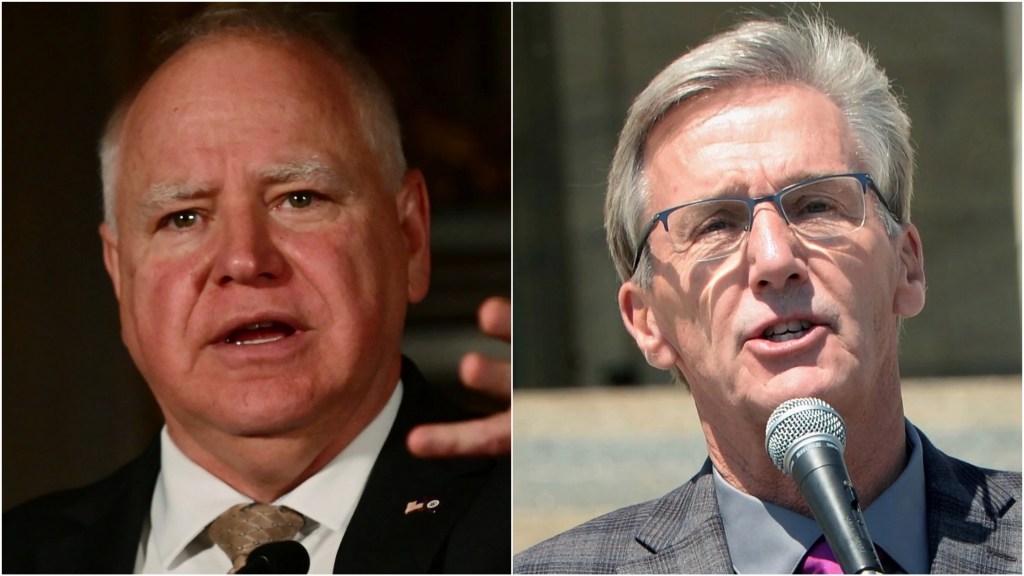 The reports also indicated that Walz’s campaign had a significant cash advantage at $4.98 million compared to the Jensen campaign’s $580,726.

The presumptive DFL and GOP candidates will face major challenges next month before they are expected to advance to the general election. And her campaigns have begun to ramp up efforts to engage with voters on issues such as public safety, access to abortion, inflation and energy costs months ahead of the November contest.

Both campaigns pointed to their latest fundraising numbers as a sign of success for their respective campaigns.

“It’s no surprise that Minnesotans are voting with their money, and not only are we grateful for that support, but we recognize that we are their hope for real leadership in this state,” Jensen said in a news release Tuesday .

“Minnesotans know that Governor Walz and Lt. gov. (Peggy) Flanagan will continue to fight to fully fund public schools, promote economic opportunity and block the Jensen-Birk ban on abortion,” Johnson said. “Your vision for the future drives our campaign as we head into fall.”

Third-party gubernatorial candidate Hugh McTavish reported that he had just under $50,000 in cash on hand as of July 18, according to his most recent report.

Several additional committees also reported on the accumulation of funds that could be used in support of or against the gubernatorial or down-ticket candidates before the deadline.

Race of the Attorney General

Republican Party-backed attorney general candidate Jim Schultz outplayed his GOP challenger Doug Wardlow before the primary campaign and had more than three times the cash on hand, according to primary reports.

In contrast, first-term attorney general Keith Ellison, a Democrat, reported raising about $149,000 during that period and has about $573,000 on disposal.

Ellison faces Democratic challenger Bill Dahn in the primary. Dahn’s campaign finance report had not been uploaded to the Minnesota Campaign Finance Board website as of Tuesday noon.

RACE OF THE FOREIGN SECRETARY

Secretary of State Steve Simon, a Democrat, reported that his campaign raised $178,000 between June 1 and July 18 and had nearly $679,000 by the reporting deadline. Simon will face Steve Carlson in the DFL primary next month.

Carlson’s campaign finance report had not been uploaded as of Tuesday afternoon.

Republican challenger Kim Crockett, meanwhile, reported that her campaign had raised $45,000 and had $77,000 available during that period. Crockett will face Erik van Mechelen in the GOP primary.

Van Mechelen reported no new contributions or expenses during the period and had $200 on hand, according to his campaign report.

RACE OF THE GOVERNMENT AUDITOR

Wilson reported that he has about $91,000 on hand while Blaha had about $32,000 in cash on hand. Most of Wilson’s available resources came from in-kind sources such as consulting services, advertising, and consumables.