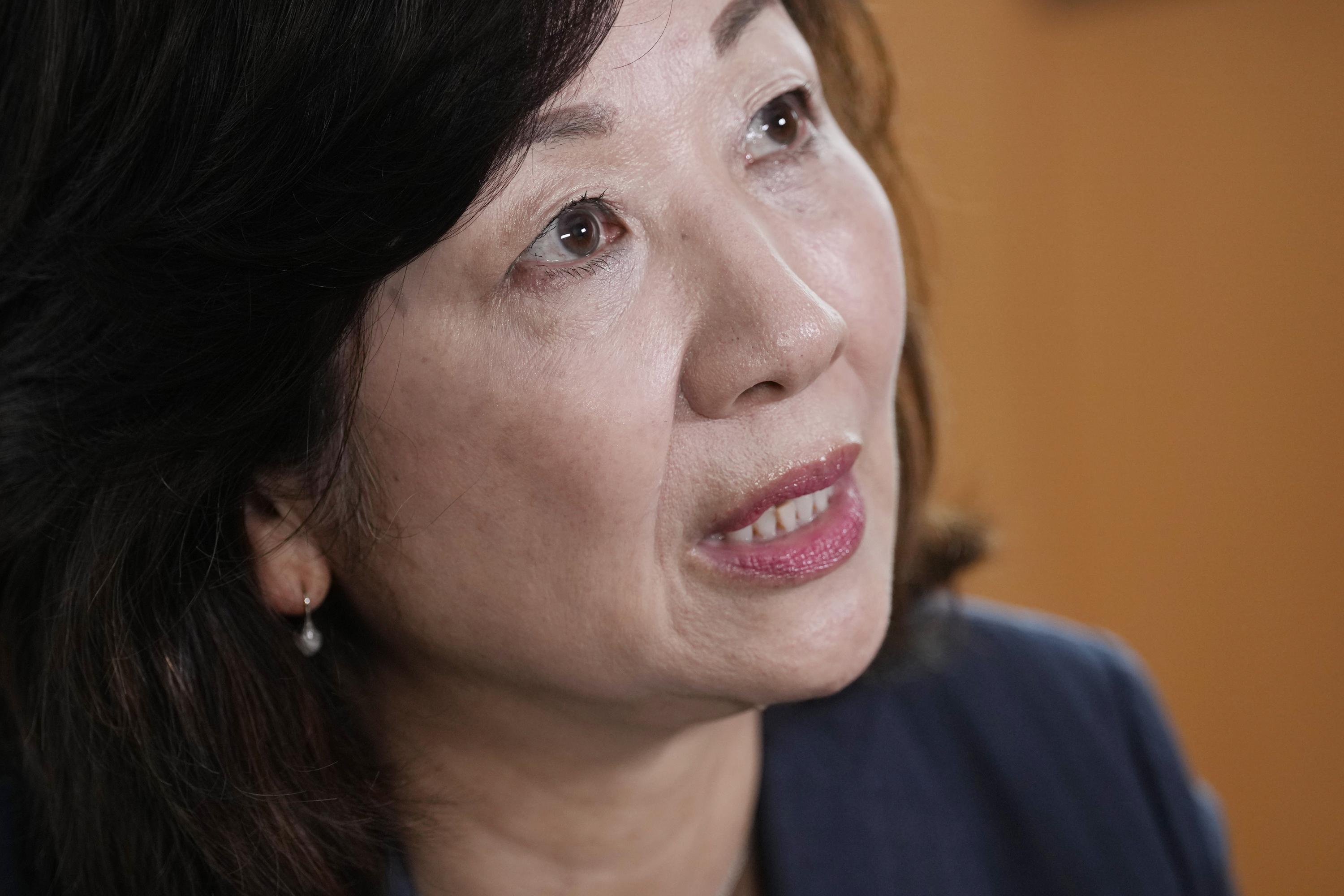 In a wide-ranging interview with The Associated Press, Seiko Noda called the steadily declining number of children being born in Japan an existential threat and said the nation will not have enough troops, police or firefighters in the coming decades if this continues. The number of newborns was at a record low of 810,000 last year, compared with 2.7 million just after the end of World War II, she said.

“People say children are a national treasure. … You say women are important for gender equality. But they just talk,” Noda, 61, told the AP in a cabinet office at the government complex in downtown Tokyo. “Japanese politics will not move unless (the problems of children and women) are made visible.”

She said there are a variety of reasons for Japan’s low birth rate, ongoing gender bias and population decline, “but as I sit in Parliament, I particularly feel that there is indifference and ignorance.”

Japan is the world’s third-largest economy, a powerful democracy and a key US ally, but the government has struggled to make society more inclusive of children, women and minorities. There are major concerns, both inside Japan and abroad, about how Japan will reverse what critics call a deep-seated history of male chauvinism that has contributed to the low birth rate.

The gap between men and women in Japan is one of the worst in the world. It ranked 116th in a 146-nation World Economic Forum survey for 2022, which measured progress toward equality based on economic and political participation, as well as education, health and other opportunities for women.

“Japan has fallen behind because other countries have changed faster,” said Chizuko Ueno, professor of feminist studies at the University of Tokyo, referring to Japan’s gender gap. “Previous governments have neglected the problem.”

Due to outdated social and legal systems related to family issues, younger generations are increasingly reluctant to marry and have children, which contributes to the low birth rate and shrinking population, Noda said. She has been a member of Parliament since 1993 and expressed her ambition to become Japan’s first female prime minister.

Noda has criticized a law that obliges married couples to choose a surname – 90% of the time it is the women who change their surname – saying it is the only such legislation in the world.

“In Japan, women are underestimated in many ways,” said Noda, who is one of only two women in the 20-member cabinet. “I just want women to be equal with men. But we haven’t got that far yet, and further promotion of women will have to wait.”

The more powerful lower house of Japan’s bicameral parliament is over 90% made up of “people who don’t menstruate, don’t conceive and can’t breastfeed,” Noda said.

The lack of representation of women is often referred to as “democracy without women”.

A quota system could help increase the number of women candidates for political office, Noda said, but male lawmakers have criticized her proposal, saying women should be judged on their ability.

“That made me think there were men who lacked the skills” to become candidates, she said. But during the candidate selection process, “men can just be men, and I think for them, just being male can be seen as their ability.”

Noda graduated from Sophia University in Tokyo and worked at the prestigious Imperial Hotel in Tokyo before entering politics, succeeding her grandfather, who was a parliamentarian in Gifu Prefecture.

Noda gave birth to her first disabled child at age 50 after fertility treatments. She supports same-sex marriage and the acceptance of sexual diversity.

Noda, which has many liberal supporters, has called herself “an endangered species” in her conservative Liberal Democratic Party, which has ruled Japan continuously since the end of the war.

She said she is often “beaten up” by conservatives in the party, but also by suffragettes who don’t see her as an authentic feminist.

However, she could not have made it this far without the help of powerful male lawmakers in the party, said Chiyako Sato, an editor at Mainichi newspaper, in her recent article.

Comparing Noda and her ultra-conservative and combative rival Sanae Takaichi, both unsuccessful in the party leadership race in September, Sato said that despite their different political views they were similar, “perhaps they had no choice but to support more powerful ones male lawmakers to gain advancement in the Liberal Democratic Party at a time when women are not viewed as full human beings.”

Japan’s Self-Defense Forces are struggling to recruit enough troops due to a shrinking younger population, she said. Too little attention is also paid to what the falling numbers mean for the police and fire brigade, which are dependent on young people.

To address the issues, she has created a new government agency for children, due to be established next year.

But many male lawmakers, she said, think issues surrounding family, gender and population are none of their business and are reluctant to get involved.

“Politics were made as if there were no women or children,” she said.