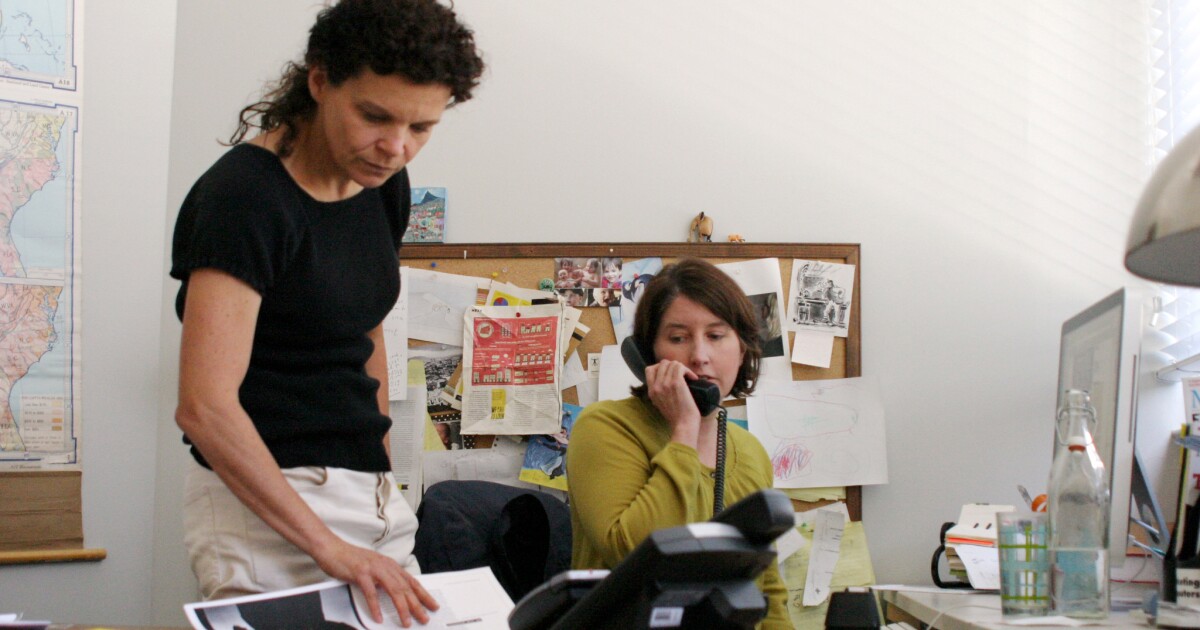 undraising views of the nonprofit magazine Mother Jones do not read like appeals for donations. They can run thousands of words and avoid the short, hard-hitting prose typical of the genre. They often describe the organization’s funding so frankly that fundraising experts might cringe. And occasionally they encourage the magazine’s supporters to read the news and donate to nonprofit news outlets that might be seen as competitors.

Less than half of American households give to charity, compared with two-thirds in the early 2000s. Misdirected fundraising could be part of the problem. Nonprofit organizations can help turn things around—if they work to build stronger connections with supporters. Continue reading:

The goal? Showing donors, no matter how much they give, that they are part of something meaningful and important — investigative journalism that controls political and financial power. “We want to have the same conversation with every donor, whether they donate $5 or $50,000,” says CEO Monika Bauerlein. “We want to enter into a high-quality intellectual partnership with them.”

That partnership has fueled the magazine’s growth, executives say. Online earnings for first-time members – who usually give small gifts – have nearly doubled to $1.2 million in the past six years.

The development of mother joness fundraising dates back to 2015 when Bauerlein, the magazine’s longtime editor with Clara Jeffery, became CEO. The veteran investigative writer had no fundraising experience; She brought her skills and sensibilities as a journalist to the job, “because that’s all I have,” she says.

At the time, the magazine’s views were fairly conventional. One read: “URGENT: Please donate $5 to charitable organizations Mother Jones. (Equivalent to the cost of buying coffee for one of our reporters.)”

But Bauerlein, Jeffery, and their team felt they needed to communicate with donors in the same voice as the magazine. “Many fundraising messages are signed by executives or program staff, but they’re not necessarily written in the voice of those people,” says Bauerlein. “Fundraising is an art and a science, and there’s an incredible amount of know-how involved. But we found that by fusing that expertise, art and science with an authentic voice from the core of the mission, we could better connect with our community.”

The first significant test of this approach came when Mother Jones asked supporters to bring the organization back to financial health after a costly legal battle. Billionaire Frank VanderSloot had filed a lawsuit for defamation and other legal action over a 2012 article and tweet by Jeffery that portrayed him as “gay-bashing.” Although she questioned the magazine’s “non-objective bias,” a judge dismissed the lawsuit in 2015. Still, the fight cost Mother Jones $650,000 in legal fees not covered by insurance.

In the appeal to readers, Bauerlein and Jeffery spoke candidly about the choice they faced – withdraw the article or face litigation with an opponent who has money to burn. Ultimately, they said, the then-36-year-old magazine’s mission required them to stand their ground so readers would trust the magazine as “somebody.” [who] will arise and seek the truth.”

The appeal raised $350,000 and gave the magazine confidence in its new relationship with donors. The message, says then-editor Steve Katz, moved the organization away from transactional language “towards a more strategic discussion that treats donors as if they’re really in the room and adults having a really meaningful conversation.”

The magazine later embedded a call for monthly donors with a case study on the high price of investigative journalism. Bauerlein and Jeffery told backers it cost $350,000 to produce an award-winning, 35,000-word exposé about the chaos and violence in a corporate prison, along with supporting stories and half a dozen videos. Digital ads fetched a few thousand dollars to pay for them, and added support from foundations, they wrote. But without reader contributions – 70 percent of all Mother Jones Sales at the time – history would never have been written.

“Reliable, monthly reports represent our best chance – and we believe your best chance – to ensure a stable foundation for the watchdog reporting that our democracy desperately needs. By participating, you will be part of a great experiment for others to emulate. … Let’s see if we can do this thing.”

This spring, the magazine changed donor communication in another small but symbolic way. With the help of Justice Funders, who support philanthropy focused on social justice, the magazine scrapped its form gift appreciation letter – a “Mother Jones-centric” message that, according to Cathy Asmus, the magazine’s then-membership initiatives manager, “ruined the mission statement.” Instead, Katz penned a lengthy note expressing gratitude but also inviting donors to “check out” four black-led journalism outlets that serve communities of color: Futuro Media Group, Sahan Journal, YR Media, and MLK50: Justice Through Journalism.

Katz had contacted the four organizations before the appeal. “I wanted to make sure that we weren’t taking advantage of anyone and that we weren’t over-promising,” he says.

Speaking of donors, he said, “Their work, like ours, is based on a passionate commitment to their communities and readers, a willingness to risk everything to discover the truth, and authentic editorial independence and transparency,” he said. All of us, he added, are “part of a common movement”.

The letter did not trigger a flood of donations Mother Jones or the four organizations. But donors clicked through to explore the other news outlets, and some wrote Mother Jones They thanked the magazine and said they would donate to the groups.

Others wrote that the effort confirmed this Mother Jones shared their values. Some recommended other groups to be highlighted in future letters. Asmus says, “I hope that they felt included and that they were able to contribute to us in ways that went beyond dollars and cents — that they helped us and helped our brain trust.”