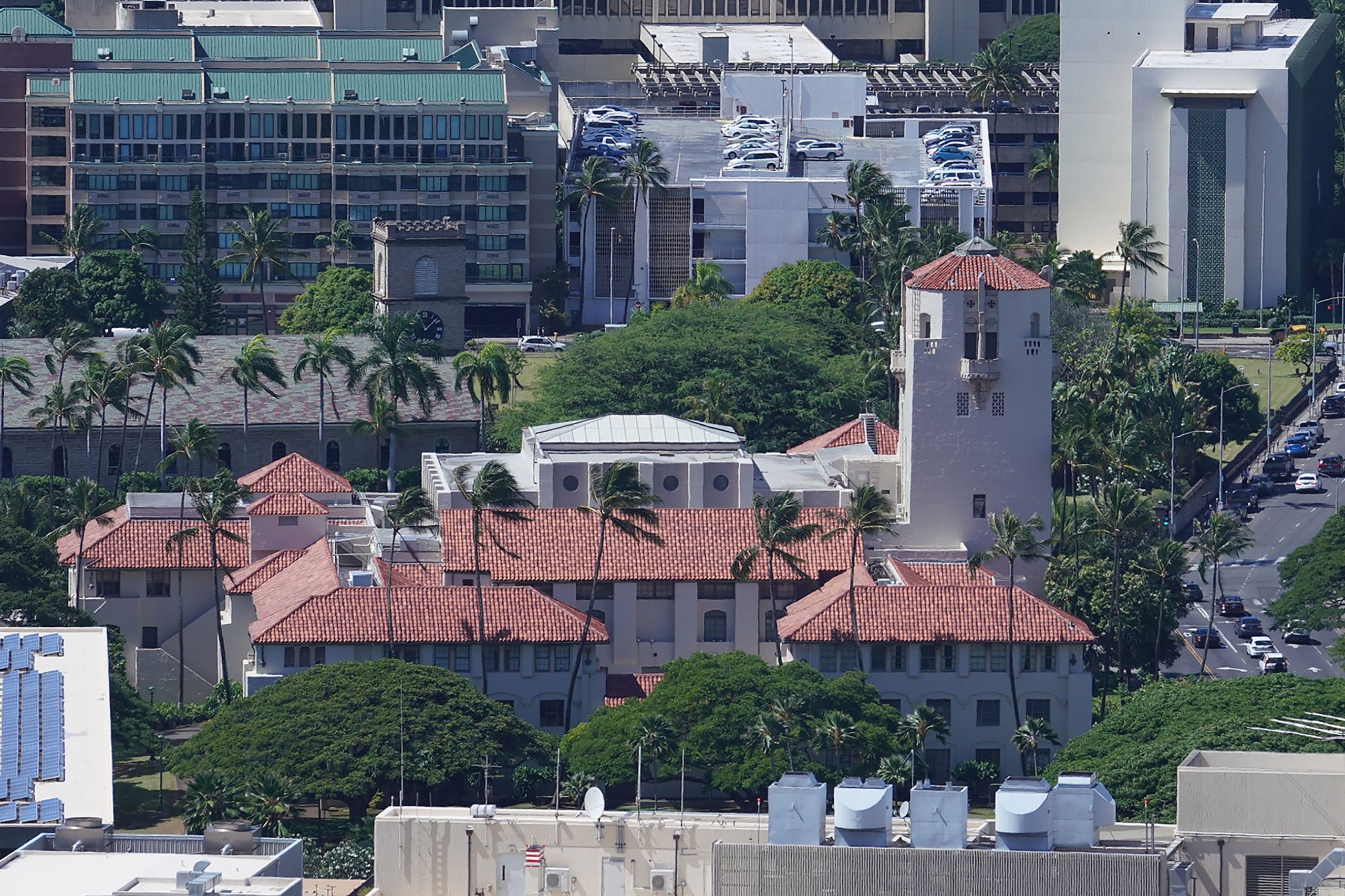 Big wave surfer Makua Rothman and longtime political insider Tyler Dos Santos-Tam have each raised more than $100,000 in campaign funds for their bids for the Honolulu City Council seat, according to the latest campaign finance report.

Meanwhile, Ron Menor, a former councilman and state representative, has outstripped all 17 candidates vying for one of three city council seats up for grabs in the Aug. 13 primary.

Rothman reported raising $100,816 from January 1 to June 30 after starting this year with no money. He hopes to represent District 2, which includes a variety of North Shore neighborhoods.

Incumbent Heidi Tsuneyoshi is giving up her seat to run for governor as a Republican.

Rothman, who has benefited from supportive business owners and political action committees, spent more than $73,000 on fundraisers, T-shirts, political signs and professional services, leaving him with $17,737.

Dos Santos-Tam, former leader of the Hawaii Democratic Party, is running for District 6, which stretches from the Kalihi Valley to parts of Kakaako. He is hoping to replace Carol Fukunaga, who is dropping out and running for Senate District 11.

The nine-member city council has four seats to choose from. The only incumbent candidate is Tommy Waters, representing the area from Waikiki to Hawaii Kai. He faces political newcomer Kaleo Nakoa in the November 8 general election, giving them until October to file their financial reports, according to the Campaign Spending Commission.

Five candidates are vying to represent District 2, which includes the North Shore area.

Behind Rothman in fundraising is former city attorney Matt Weyer, who has raised $61,164 over the past six months. He still has $22,878 after spending $38,286 considering he started the election with no money.

Chad Tsuneyoshi, a political advisor, businessman and ex-husband of Heidi Tsuneyoshi, has raised $23,110 so far this year. He’s left with $8,125 after spending $14,984 on banners and flyers.

The most crowded council race is for the District 6 seat with seven people hoping to represent downtown Honolulu.

Dos Santos-Tam and Ikaikai Hussey ran for the seat back in 2018 but lost to Fukunaga.

He has more than $7,000 left over after spending over $10,000 on merchant fees, campaign donor drinks, banners and online advertising.

She spent $6,624 on radio advertising and more than $18,000 on fundraisers. The rest of the money was spent on manager services, banners and more.

Chad Toshiro Wolke, a former congressman, raised $15,602. His supporters include UpdatePower Corp., Pearl Harbor Naval Shipyard and IMF. He has $9,446 left after spending $5,827.

Liliha/Puunui/Alewa/Kamehameha Heights Neighborhood Committee Secretary Chance Naauao-Ota raised $3,398. As of June 30, he was not spending any money on his campaign.

Dennis Nakasato did not submit his spending report by Thursday’s deadline. He could not be reached for a comment.

Two of them have the most political experience: Menor, who served on both the city council and the House of Representatives from 2013 to 2021, and Val Okimoto, a Republican state representative.

Okimoto has raised $58,000 more in campaign donations than Menor this year.

Menor outperformed all of his opponents in three City Council races and spent more than $117,000.

In the past six months, he has spent $15,000 on mentoring and training services from Hawaii Leadership Solutions, board member Andria Tupola’s consulting firm. Simon also spent more than $15,000 on postage for mailers.

Mesta is the legislative adviser to Councilor Brandon Elefante. Elefante gave $1,000 to support Mesta. Other notable donors include former Council Member Gary Okino, who donated $500; the founder of the Kobayashi Group, who donated $200; and an administrative assistant at the state Department of Education who donated $2,000.

Charmaine Doran, who has served on the city council for a few decades, raised $3,234 this year. She has the same amount left over after spending little.

Oahu voters can expect ballots for the primary in their mailboxes by July 26. City council candidates must get 50% of the vote plus one to win outright in the primary. Otherwise, the two frontrunners face a runoff in November’s parliamentary elections.

Sign up for our FREE morning newsletter and look better informed every day.