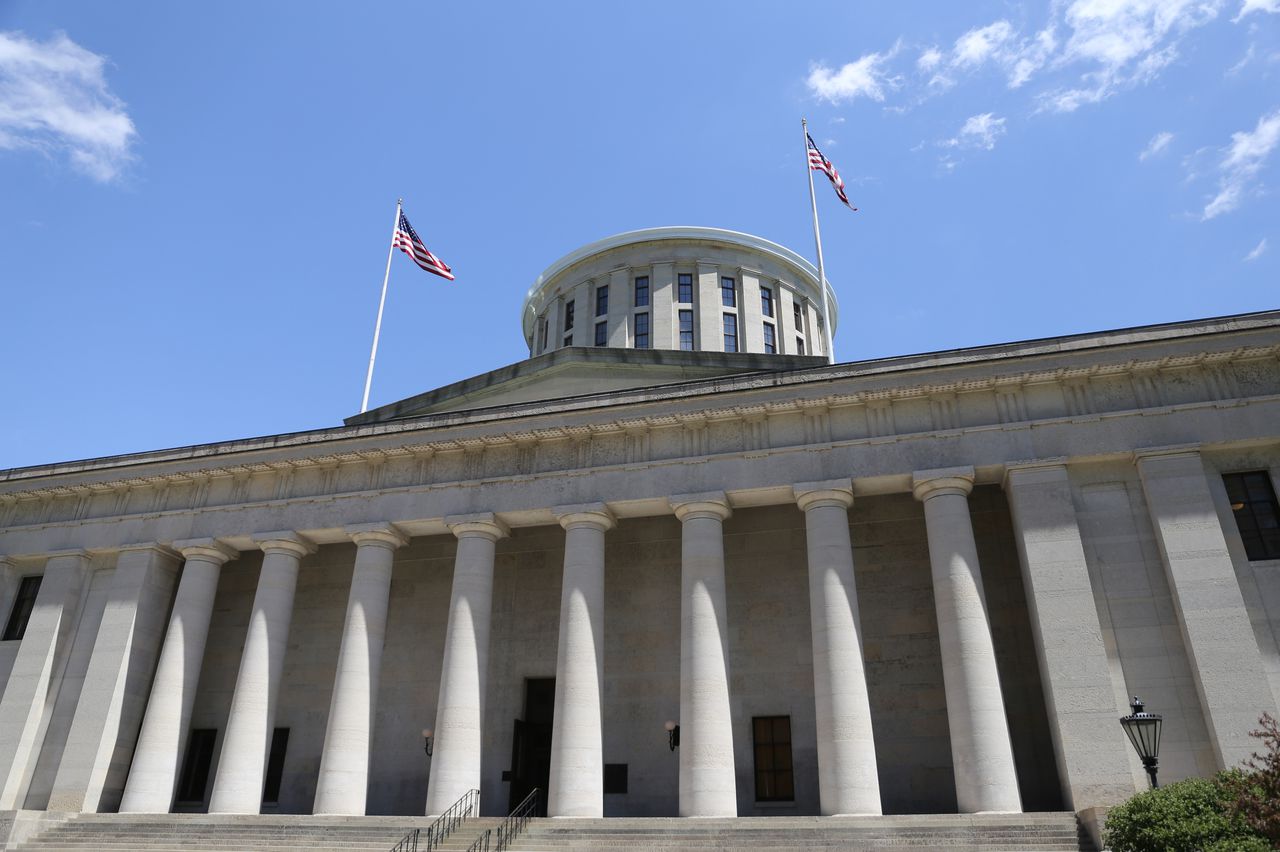 In the money: The candidates for the state legislature have announced their fundraisers ahead of the upcoming Aug. 2 special primary. As usual, the official Republican factions vastly outperformed their Democratic counterparts, with the Ohio House Republican Alliance raising $1.1 million versus the House Democratic Campaign Committee’s $431,700. And the Republican Senate Campaign Committee raised more than $1 million, while Senate Democrats raised less than $100,000.

let it rain: In a sign of which incumbents House Republicans see as potentially at risk, the candidates who received the most money from OHRA were state Rep. Mark Fraizer, who faces businessman Thaddeus Claggett in a rematch starting in 2020, and the rep Thomas Hall, who received $46,500 and is opposite Matt King and Rep. Scott Lipps, who is opposite Thomas Goodwin. The Senate Republican who received the most money from the GOP Senate Assembly was Manning, who is challenged by state school board member Kirstin Hill and received $49,200 in faction funds. Unlike the Republicans, the Democratic campaign armies in the House and Senate spent most of their money on staff and consultants, rather than passing the money directly to candidates.

Dimensioning: In an analysis, Tobias assesses the potential political and political implications of Attorney General Dave Yost’s decision to cast doubt on the existence of a 10-year-old Ohio girl who traveled to Indiana for an abortion just days before the story was confirmed Suspect was arrested. Read more here.

Blast from the past: Most people involved in politics understand that elections to the Central Committee are held in the first vote. However, far fewer people know why this is or when it started. Seth Richardson has delved into this question historically and has figured out the answer to why everyone in the state will be voting on Central Committee members on August 2nd.

Questionable: Nan Whaley, the Democratic nominee for governor, has urged Governor Mike DeWine to debate her in the coming months leading up to the November election. According to Tobias, a spokesman for the DeWine campaign did not rule out a debate, but also did not explicitly commit to it. DeWine and Whaley are both scheduled to appear at two upcoming candidate forums, including one in late August, but it’s not clear if the candidates will appear at both side-by-side.

mask on: The Ohio Supreme Court on Friday reinstated its mask mandate for visitors and announced the policy change on social media, hours after Columbus and Franklin County health officials announced a mask recommendation, citing rising local COVID-19 case numbers. Tobias said Columbus’ COVID-19 numbers are now classified as “high” under guidelines from the US Centers for Disease Control.

Untenable: Former White House Deputy Press Secretary Sarah Matthews, a graduate of Kent State University in North Canton, was so disgusted by ex-President Donald Trump’s refusal to act that she decided to quit her job, writes Sabrina Eaton. At a prime-time hearing before the special committee investigating the Jan. 6 attack on the United States Capitol, she testified that much of her work consisted of defending Trump’s conduct. Although she had worked hard to secure his re-election, she found this behavior unjustifiable.

Oops: Although Matthews currently serves as communications director for Republicans on the House Select Committee on the Climate Crisis, the House Republican Conference released a tweet during the hearing that described her as “just another liar and pawn in Pelosi’s witch hunt,” reports reports. The tweet was quickly deleted, with a spokesman for the GOP of the house telling the publication, “The tweet was sent at the staff level and was unauthorized or the location of the conference and was therefore deleted.”

Ohio Connection: Another Ohioan was mentioned during Thursday’s hearing: Jessica Watkins, a Champaign County resident and former US Army soldier and firefighter who was charged with sedition over her involvement in the riots. To learn more about who Watkins is, click here.

Never forget: Legislation that would give national status to a memorial to Holocaust victims and survivors in Bedford Heights was advanced in the US Senate and House of Representatives last week and could come to a vote this week. Warrensville Heights Democratic Assemblyman Shontel Brown introduced the bill that would designate the Kol Israel Foundation Holocaust Memorial as a national memorial. The House Natural Resources Committee and the Senate Energy and Natural Resources Committee both signed the proposal.

1. Her only source of income was her legal salary.

3. She disclosed two sources to at least $1,000: Capitol One and Farm Credit Mid-America.

4. She disclosed two lobbying-related expenses made on her behalf: a $10 lunch she received from the Dayton Development Coalition and $286.20 in housing she received when she attended the Ohio of Commerce Retreat at Salt Fork State Park.

“Honestly, she shouldn’t be on the jury because she hates anyone in the same profession as our person on court. Not cool!”

“Juror X,” the unnamed juror discovered by PG Sittenfeld’s attorneys, had posted about Sittenfeld’s federal corruption case shortly before his guilty verdicts were announced earlier this month, according to the Cincinnati Enquirer. Sittenfeld’s attorneys have unsuccessfully pursued a jury trial over the posts and now want the juror’s electronic devices to be forensically analyzed.

Capitol Letter is a daily briefing that provides concise, timely information for those who care about state government decisions. If you don’t have a subscription yet, you can sign up here to get Capitol Letter delivered to your email inbox for free every weekday.