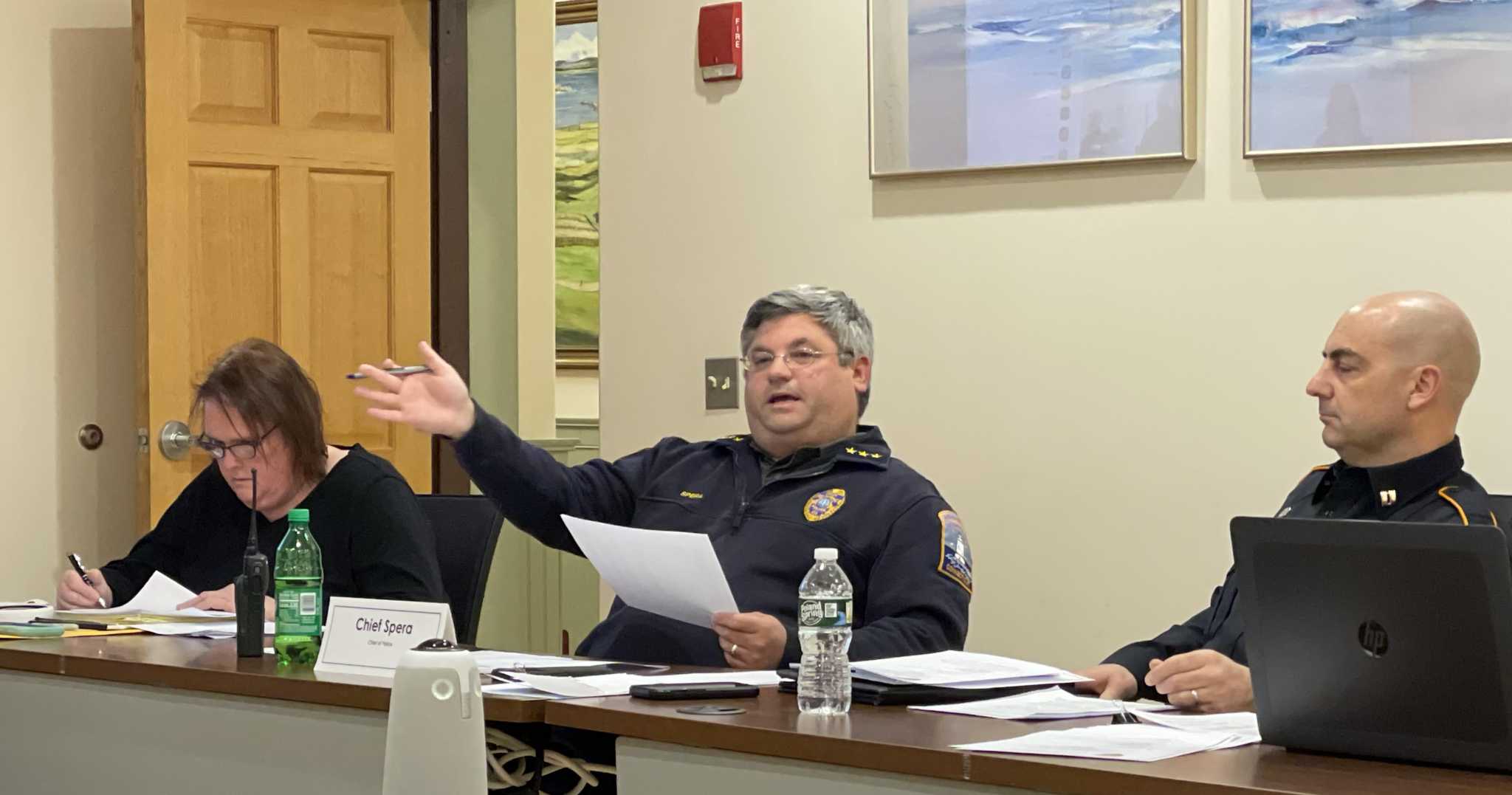 To justify the document’s withholding, the city previously cited a law that exempts “employee or medical records and similar records, the disclosure of which would constitute an invasion of privacy” from the Freedom of Information Act.

Release of the interview “would constitute an invasion of privacy” because it “assaults the police chief’s reputation” and “could be harmful to the police chief or the police department,” attorney Pat McHale told FOIC at its July 13 meeting. A recording of this is available on the state website.

But the commission eventually agreed to hearing officer Zack Hyde’s recommendation to order the record’s release. Hyde found that the exception did not apply because the information contained in the interview was a matter of public interest and, according to his report, was “not highly offensive to a reasonable person”.

The case stems from a complaint filed with the Commission last year by former Old Saybrook Police Officer Justin Hanna.

After leaving the Old Saybrook Police Department, Hanna conducted an exit interview in which he shared his thoughts on his employment there.

But when Hanna, who was not available for comment Monday, tried to get a copy of the interview, the city wouldn’t release it. He eventually approached the FOIC to appeal the denial.

The FOIC then used a standard established by a state Supreme Court decision known as Perkins v. Freedom of Information Commission, to rule that the recording did not qualify for the privacy invasion exception.

According to the Perkins decision, “the applicant must demonstrate both of two elements: first, that the information requested does not concern a legitimate matter of public interest, and second, that such information would be highly objectionable to a reasonable person,” says the FOIC order, which concludes that Old Saybrook’s claim does not meet either requirement.

McHale disagreed, citing a different Connecticut Supreme Court decision to support his case. In 1991, in Chairman, Criminal Justice Commission vs. Freedom of Information Commission, the court ruled that an exception was made to a prosecutor’s performance evaluation because his release would be an invasion of privacy.

Old Saybrook’s case, McHale told the commission, is analogous to the 1991 case.

Although the Perkins decision is more recent — it came in 1993 — the chairman’s decision still stands as law, McHale said.

He also argued that the case met Perkins requirements.

“There is no legitimate matter of public interest as the boss was given a reasonable expectation of privacy in the document given the way it was handled by the Police Commission,” he said. The commission discussed the exit interview privately at the executive meeting, he said.

As for the second point of the Perkins test, McHale said, “Disclosure of the document would be highly offensive to the police chief and the police department because it attacks the police chief’s reputation.”

But when answering McHale before the commission, Hyde, the hearing officer handling the case, said “there was nothing in it that would be highly offensive to a reasonable person.” The case included an on-camera review of the exit interview, in accordance with the order of the FOIC.

“Certainly there would be legitimate public concern here about comments about the police chief,” she said.

Although the Perkins decision did not overrule the chairman’s decision, Murphy said, the court understood that the Perkins case would set the standard for use of the exemption.

“Attorney McHale would have a hard time finding a case since Perkins has considered some of the factors that he is asking you to consider here,” she said.

The vote to accept Hyde’s recommendation was unanimous.

Authorities must appeal to the court within 45 days of receiving the final decision, said Thomas Hennick, FOIC’s public education officer.

Hennick spoke generally about the trial and made no specific comments about Old Saybrook.

If an agency doesn’t appeal the decision or release the records, Hennick said that agency could face a noncompliance complaint.

“If they fail to do so or refuse (to release the records), the complainant would file another complaint – a non-compliance complaint – and ask the Commission to take tougher action than just ordering the document to be released,” Hennick said.