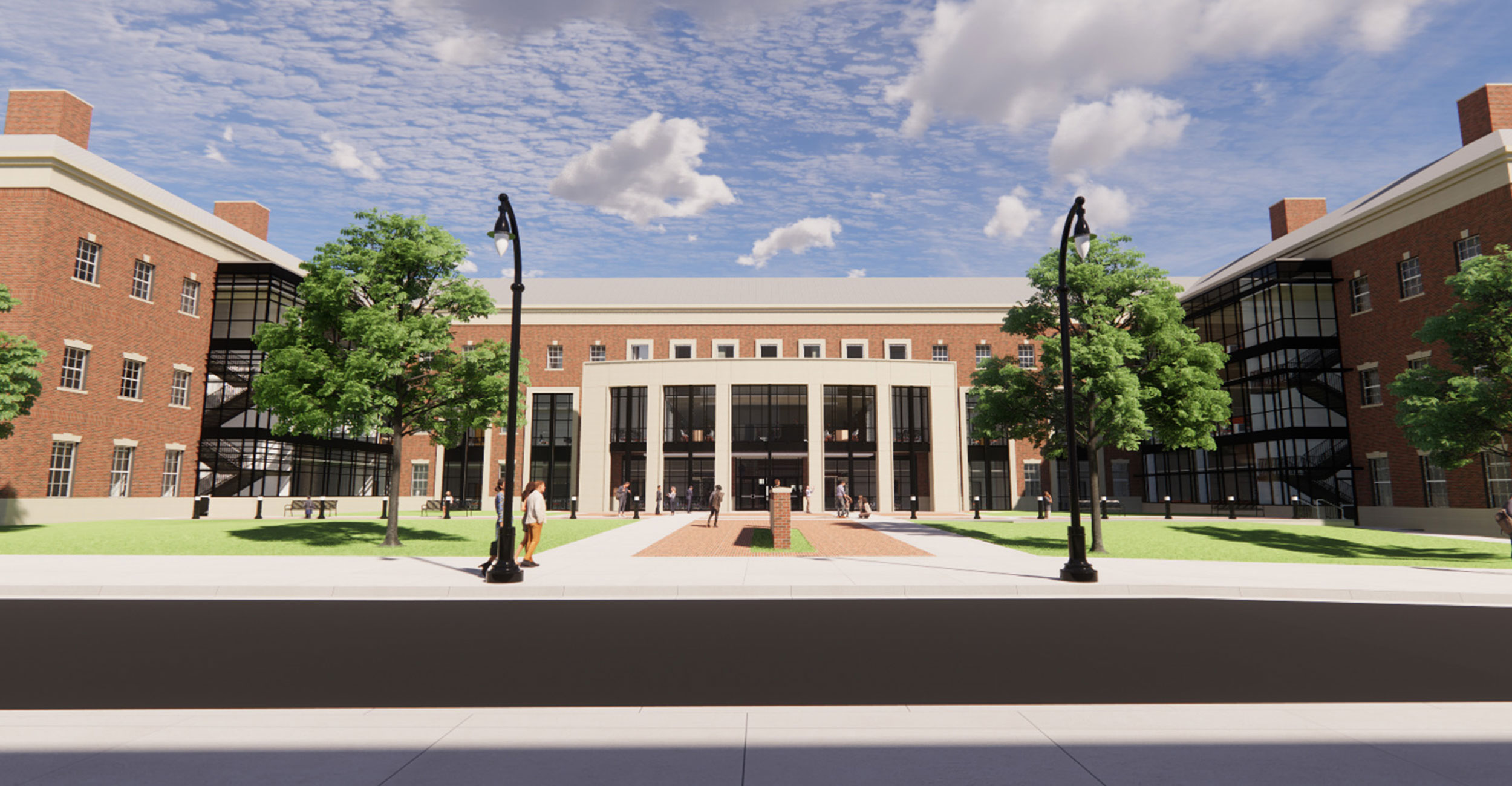 Oklahoma State University officials announced today that OSU has surpassed the $50 million fundraising goal for New Frontiers Agricultural Hall with the generosity of more than 600 donors. The milestone comes two and a half years after the public launch of the campaign, which will help build a state-of-the-art teaching, research and extension facility for OSU agriculture.

OSU President Kayse Shrum, Thomas G. Coon, Vice President and Dean of OSU Agriculture, and Blaire Atkinson, President of the OSU Foundation, announced the achievement of the fundraising milestone during a special video announcement aired on Inside OSU.

“This new facility will transform and modernize OSU’s agriculture,” Shrum said. “It will also strengthen OSU’s position as a leader in innovation and continue our tradition of recruiting talented students and faculty. The New Frontiers project embodies our land grant mission and supports the important role that OSU plays in the lives of Oklahomans and the state’s economy.”

To celebrate New Frontiers reaching their $50 million goal, there will be a sweet success celebration on July 26 at 10:00 am on the north side of the Agricultural Hall on the OSU Stillwater campus.

“We hope you will join us in celebrating this momentous occasion and witness the raising of the OSU farm flag at the site,” said Coon. “As cornerstones Kayleen and Larry Ferguson envisioned, this project advances OSU agriculture and its programs by fostering innovation to help feed the world.”

The Ferguson’s announced a historic gift in January 2020, launching the public phase of the New Frontiers campaign and renaming the college the Ferguson College of Agriculture.

A little over a year later, OSU Agriculture, along with campaign donors, celebrated a landmark event for the transformational project that will strengthen the three pillars of the Land Grant mission: Teaching, Research and Extension.

Construction work on the new building began in May 2021 and the site is currently booming with activity.

Coon said the campaign’s success was the result of numerous supporters, including 10 cornerstones and more than 115 major donors, as well as major industry and corporate donors.

“New Frontiers has surpassed its goal in less than three years thanks to donors and supporters who have invested in the future not only of our OSU farming family but also of the state of Oklahoma,” said Coon. “However, it is important that we continue to create opportunities for people to add their support.”

“While we have reached our $50 million goal, we will continue to collect support as we have naming options and features of the building that we know will enhance our efforts,” she said. “These additional features will only be possible with additional donor support, and due to the pandemic, we know there are alumni and donors that we have not yet engaged with the project who wish to participate.”

The Ferguson’s said they look forward to applauding the New Frontiers campaign milestone during the Sweet Success Celebration.

“We would like to thank all of the donors who have joined us to make this building a reality and provide a new home for the faculty, staff and students of Ferguson College of Agriculture,” said Kayleen Ferguson, Foundation Stone Donor. “Thank you for advancing our mission to feed the world through OSU Agriculture’s programs, people and facilities.”

To register for the July 26 Sweet Success Celebration, please call Christy Henley at 405-385-0974 or email events@osugiving.com by July 22.

The New Frontiers campaign was launched in January 2020 to build a new state-of-the-art facility for OSU farming. Expected to open in fall 2024, the New Frontiers Agricultural Hall will advance the teaching, research and expansion efforts critical to the state’s economy, citizen safety and quality of life. Through the advancement of OSU Agriculture and its programs, New Frontiers encourages innovation to help feed the world.