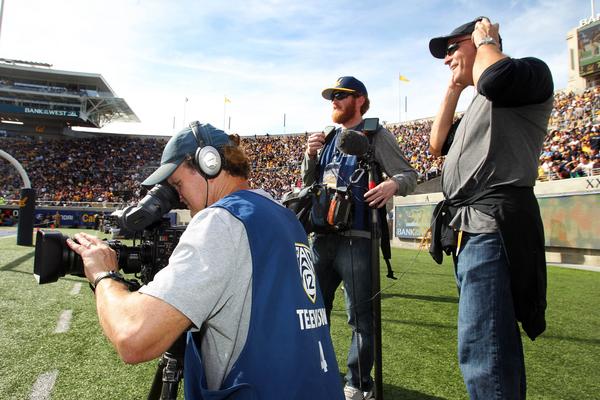 Two things have held true for the Pac-12 networks since their inception a decade ago: the business model was dead wrong, but the production quality was fine.

The former has been tirelessly studied (here and elsewhere) and helped set the stage for the conference’s current predicament.

The latter is our topic for today.

The equipment powering the Pac-12’s wholly owned media platforms (both linear and digital) forms the backbone of a state-of-the-art technological infrastructure that has been lauded across the sports media industry and could prove beneficial during the ongoing media rights negotiations that are about to take place Success or failure will decide his future.

“The Pac-12 has everything you could ask for in a production facility and can produce all the games for a lot less than media companies would normally pay,” said a veteran of TV sports production, who asked not to be identified.

In other words: bargain.

For the past 26 days, the Hotline has attempted to outline every possible endgame for the Pac-12, from extinction to survival, so readers are not surprised by any outcome.

But we saved the biggest whopper for last: the Pac-12 networks as saviors and ESPN as their suitor.

It’s just this side of the crazy that happens to be the main area for realignment strategy and execution.

The technology is so advanced that the Pac-12 Networks have produced games for ESPN and Fox at the San Francisco facility, which features eight control rooms and the ability to broadcast five games simultaneously.

The technology saves costs because no production trucks are required at the competition venues. Only the on-air talent and cameramen are needed, whether it’s a gymnastics tournament or a football match.

A transmission box the size of a mini fridge serves as the nerve center for on-site production – there is one on every campus.

Video and audio feeds are sent to San Francisco where the director, producer and graphic designer are based.

The latency is about half a second.

Once an event is over, the broadcast box moves to the venue for the next campus broadcast.

Based on what Sports Video Group described as “a dramatic leap forward in production efficiency,” the source says the technology has reduced the cost of producing an event by up to 50 percent.

How does all of this fit into the Pac-12’s fight for survival?

Well, the pre-built infrastructure might be tempting if you’re ESPN, which already owns the ACC network.

ESPN could lease or buy Pac-12 Networks facility and create a bi-coastal operation that provides cash and stability to Pac-12 and adds subscriber revenue for the ACC.

(In this scenario, the conference would remain separate and thus maintain the agreement granting rights to the ACC.)

On a broader scale, the Pac-12 Networks facility could be transformed into an operations center for ESPN for all West Coast sporting events.

“It’s something ESPN has definitely got their eye on,” the source said.

It would be the final twist — one worthy of the June 30 thunderclap from Los Angeles that put the Pac-12 in jeopardy in the first place.

We don’t think that outcome is likely, but it deserves a place in the broad spectrum of possibilities that will in some way or another shape the Pac-12’s fate.

Five themes that frame the next step
Pac-12 is to initiate media negotiations
Merge or partner with the ACC or the Big 12
The best expansion options: SMU and SDSU
The Financial Benefits of Standing on the 10th
Pac-12 Fear Index: Anxiety Level Rating
Why merging with the Big 12 works for both
Pac-12 Presidential Power Index
Five Reasons San Diego State Makes Sense
Unlikely Hero: Pac-12 Night Games
Pac-12 vs. Big 12: The TV Odds Game

Support the hotline: For only 99 cents you get three months of unlimited access. Yes, that’s 99 cents for 90 days, with the option to cancel at any time. See details here and thank you for your support.

*** The Pac-12 Hotline is not endorsed or sponsored by the Pac-12 Conference, and the views expressed here do not necessarily reflect the views of the conference.