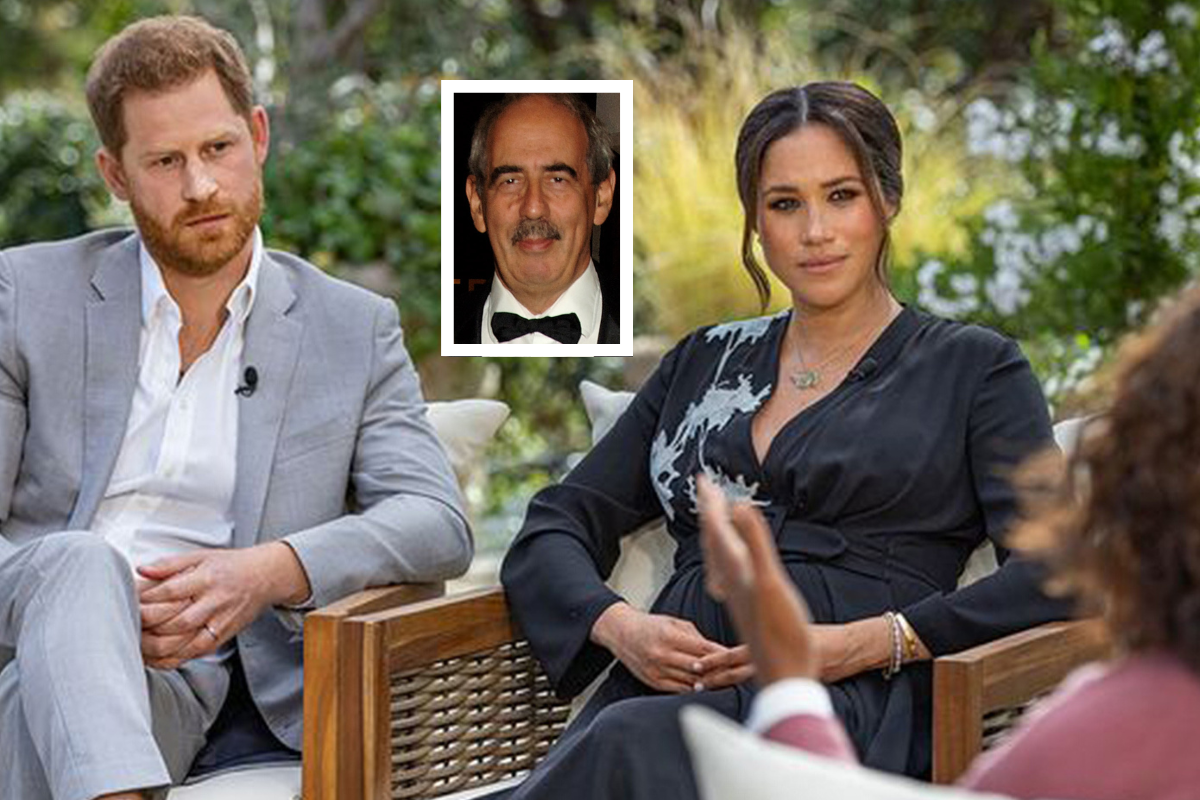 The author of a sensational new biography of Prince Harry and Meghan Markle says he would not have written it if it weren’t for the royals’ “disgraceful” interview with Oprah Winfrey.

Speaking to GB News anchor and Sussex critic Eamonn Holmes, Bower discussed the release of his latest work. Revenge: Meghan, Harry and the War Between the Windsors.

The best-selling book has hit the UK following its release on July 21 amid several sensational claims, including Meghan making Kate Middleton cry in a dispute before her marriage to Harry, that Harry had changed his mobile number without telling his family, attracted a great deal of press attention to please his wife, and that the Queen said of Prince Philip’s funeral: “Thank God Meghan isn’t coming”.

There has been no official response to the book from either Buckingham Palace or Harry and Meghan’s representatives, although a number of claims have been questioned, including whether the Queen had expressed an opinion on Meghan’s attendance at Philip’s funeral.

Asked by GB News co-host Isabel Webster if it would benefit him and his work if the rift between the Sussexes and the royal family persisted, Bower said his impetus for writing the book was not to get into the divide, but rather contest claims at their inception.

Harry and Meghan made a number of allegations against the royal family in their March 2021 interview with Winfrey, including that senior palace officials refused to provide Meghan with psychiatric treatment and that an unnamed member of the royal family made racially insensitive comments about skin color of the couple’s future children.

“I wouldn’t have written this book if [Meghan] hadn’t appeared on the Oprah Winfrey show. I just found what she said and what Harry said so embarrassing,” Bower explained. “I’m a monarchist and I just don’t think she should be allowed to say those things without argument from Oprah Winfrey. It was a scandal.”

“I started this book to really understand what kind of person is actually launching these kinds of unfair, untrue attacks on the royal family, and that is very much my motive. I was trying to find out the truth.”

Bower said that because of his book, the public can see the “motivation of a woman who married into the royal family clearly because she loved Harry… but also because she liked the status.”

According to him, the problem lies in the fact that “very quickly [Meghan] discovered that she wasn’t going to get the number one status she wanted. There is only one ‘number one’ in the royal family and the rest of the family is there to support the queen.

Bower has previously hit out at the Sussexes, saying he “wouldn’t be sad” if his book “accelerated” their “downward trend”.

The author has previously written about the royals with the book rebel prince, which focused on Prince Charles and his relationship with Camilla Parker Bowles, who is now the Duchess of Cornwall.

That Daily mail dubbed Bower the “Witchfinder General” for his scathing attacks on his subjects, which included a number of British politicians and public figures such as Robert Maxwell.

Later in his interview with Holmes and Webster, Bower discussed the similarities that are often drawn between Meghan and the late Princess Diana – often by Harry himself.

“One of the many interesting things about the book,” Bower said, is that “particularly during the tour of Australia, maybe even before that, when Harry first met Meghan, he was convinced that she had the magic of Diana. “

Bower added that Harry was “convinced that his mother’s mantle had fallen on Meghan and that she was treated the same way by the media and later applauded in Australia… because she had the magic of Diana.”

“The problem with Harry is that he was very young when his mother died and he never really understood this very complicated, complex woman and her role in Britain and her role in the royal family,” Bower said.

Of Diana herself, Bower says, “Not only was she a simple saint. She was a wonderful woman, but she also had her flaws and failures, and in the end she was also very responsible for putting herself in danger.”