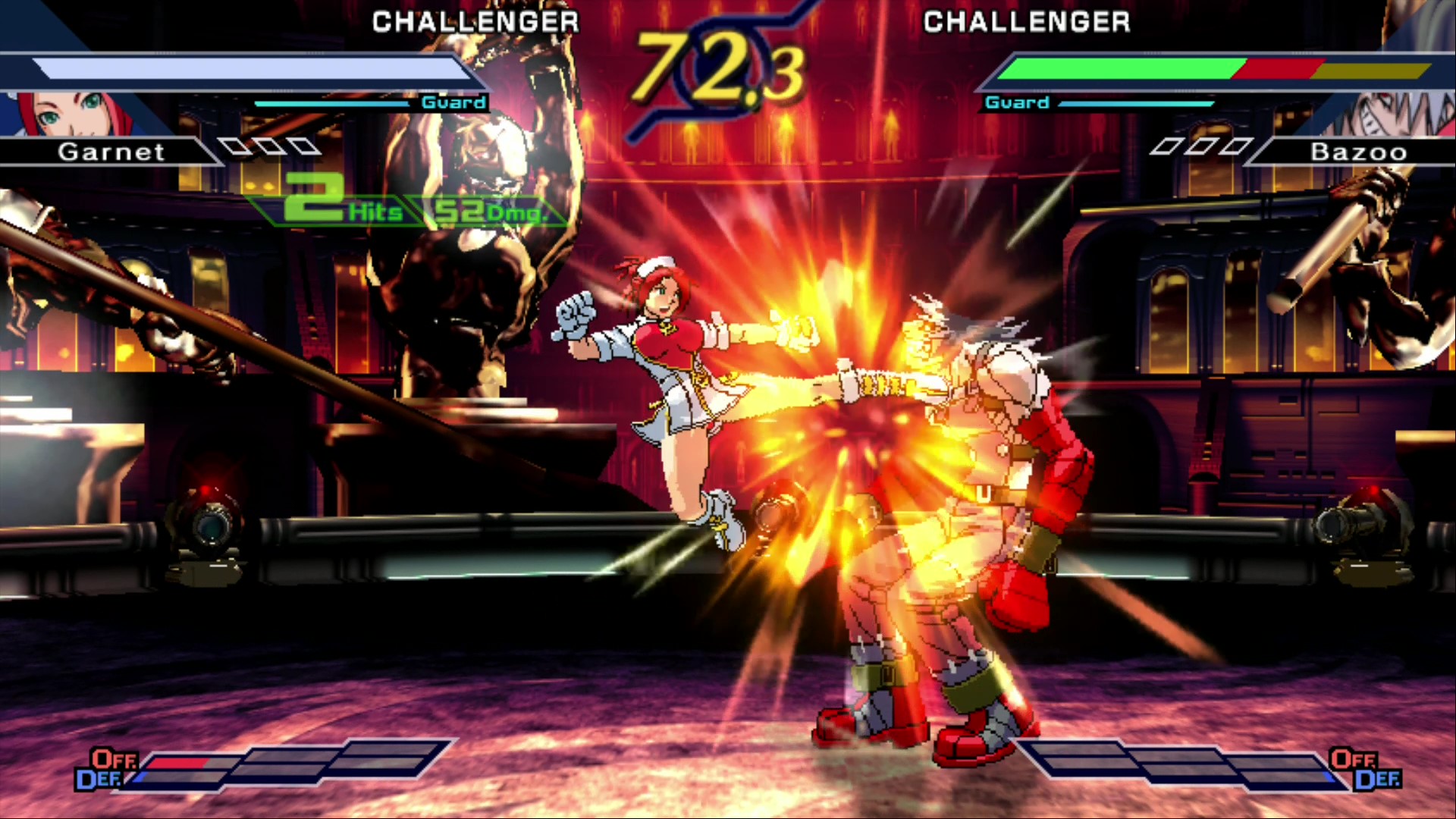 Famitsu has released a video interview with Dimp’s Executive Vice President of Business Development Hiroyuki Kawano and Engineer Mitsuhiro Tanaka about the newly announced console and PC re-release of the 2005 fighting game The rumble fish 2.

In the interview, Kawano and Tanako talk about the creation of The Rumble Fish and what sets it apart from other fighting games.

Kawano: “My name is Kawano. I am currently working in the business development center at Dimps.”

Tanaka: “My name is Tanaka. I work in the Technical Department of the Production Department, HQ 2.”

How was Dimps in the beginning?

Kawano: “We were previously at SNK, so we’ve been working on some things for consoles, but we’ve been more focused on the arcade side. There was a console-focused team, but like I said, the arcade portion was high. So when we became Dimps and it came time to make a game for consoles, a lot of people started from scratch.”

why did you do The Rumble Fish?

Kawano: “It was about trying something new, especially without being tied to a specific platform. It might be misleading to put it that way. At that time it was still according to the manufacturer or, in the case of arcades, according to the board of directors. But at Dimps we didn’t want to be tied to any particular platform as we try all these different things, different forms of digital expression and stuff like that. I think that was a major reason. One of the arcade boards we talked about was of course the Atomiswave.”

Tanaka: “I’m not sure how much I can say about Atomiswave, but in fact we were involved in a game that was in development but delayed. So we got all this knowledge, and it was right at that time The Rumble Fish Project got underway.”

Kawano: “And after becoming Dimps, we borrowed from a lot of well-known IPs. Later we made games that were more original. In many ways they were fresh. We could tackle making another fighting game. It was a new platform and we tried something new too. I remember how hard we worked to bring this game to life. What a time. Although that was almost 20 years ago now.”

Tanaka: “From the original planning, one of the requirements right from the start was the so-called “Parts Crush” system. We wanted to show the strength and beauty of fighters who keep fighting even after being hurt and knocked down. So we asked ourselves how best to offer the user a new experience when we implemented this on the Atomiswave board. That’s why we chose the SMA system.”

what sets The Rumble Fish a part?

Tanaka: “An important aspect for us in terms of game mechanics was that there had to be an easy entry point for players. Many of the 2D games of the time were the likes of Guilty Gear, which lend themselves to offensive playstyles. So for The Rumble Fish, we built the system to start on offense, with rush combos, airstrikes and the like. We’ve designed mechanics like Impact Breaks, which allow you to counterattack and slow down the enemy.

“Another great feature of The Rumble Fish was that we split the meter into two parts. In games where you only have one meter, if you put everything you have into attacking, you’re left with no defense options. That can be fun in a compromise sense, but we took a different approach. We designed it so that even after your attacks were exhausted, you still had opportunities to block. That is perhaps the most important thing. You had the ability to inflict massive damage after using all of your defense options. It’s fun to split up. We built the mechanics to give us more choices.

“And since there are two gauges, it’s set up so you can pick up both for a damage blast in the form of Critical Arts.”

What did you pay particular attention to?

Tanaka: “I believe in mobile and browser games you can do animations with articulated bones. If you look closely at these, you don’t need to change the patterns to perform this type of move, so it’s very simple. But the designers were very precise here. They wanted the illustrations to be really cool, so they wouldn’t punch like that, more like that. But if you do that, you have to have designs for this type of arm, and this one and this one. You have to draw them all at the end and then connect them. The system was designed in such a way that designers could invest endless amounts of time in it if they wanted to.”

Kawano: “My position involves negotiating schedules and budgets, so I’ve had a lot of conversations about why it took so many man-hours to work on each character.”

Any words for the fans?

Kawano: “It may be quite an old game, but as it’s being ported I hope you can enjoy it as a game that has found new life. I’m looking forward to it, so I hope you are too.”

Famitsu also released a longer, text-based interview with Kawano and Tanaka that delves deeper into the game’s creation and systems. Read this in Japanese.